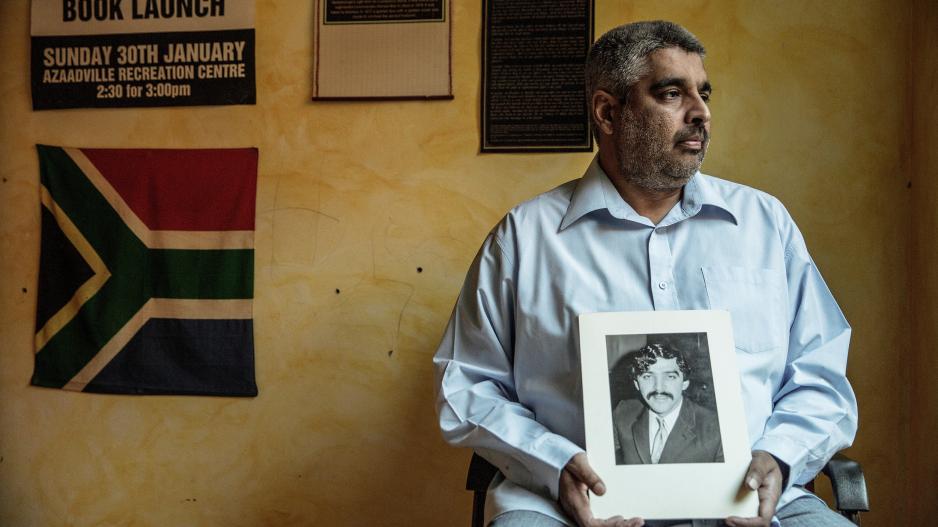 JOHANNESBURG - It would have been impossible for Ahmed Timol to jump to his death from a 10th storey window and land 3 metres from the building.

That's according to a trajectory expert who's testified at the inquest into the death of the anti-apartheid activist.

He says evidence suggests he could have been pushed.

WATCH: Did Timol jump or was he thrown?

According to Thivash Moodley, "It think that somebody jumping out of the window and only landing 3 meters away is not possible, they would have landed at least between 4 and a half meters away…Given the way the window opened it would be difficult for individual to orientate his body leaving perpendicular to building rotate mid-air and pass through building rotate in mid air in 3 second and pass halfway through  building in horizontal position he would have had to left in that particular position."

Moodley drew up 6 scenarios of what could have happened and says only two are plausible - his findings indicate the activist was either rolled or pushed from the roof of John Vorster Square.

An advocate working at John Vorster Square on the day of Timol's death has testified that Timol fell horizontally and that his body was lying not more than a metre and a half from the building.

The re-opened inquest into Timol's death got under way at the North Gauteng High Court on Monday. The anti-apartheid activist was a young teacher from Roodepoort and a member of the communist party. The police claimed his death was guided by a SA Communist Party document that encouraged activists to commit suicide rather than betray their comrades. He died in police custody 45 years ago.

Next week former police clerk, Joao Rodriguez is expected to testify next week - according to the police version of events, he was the last person to see Timol alive.