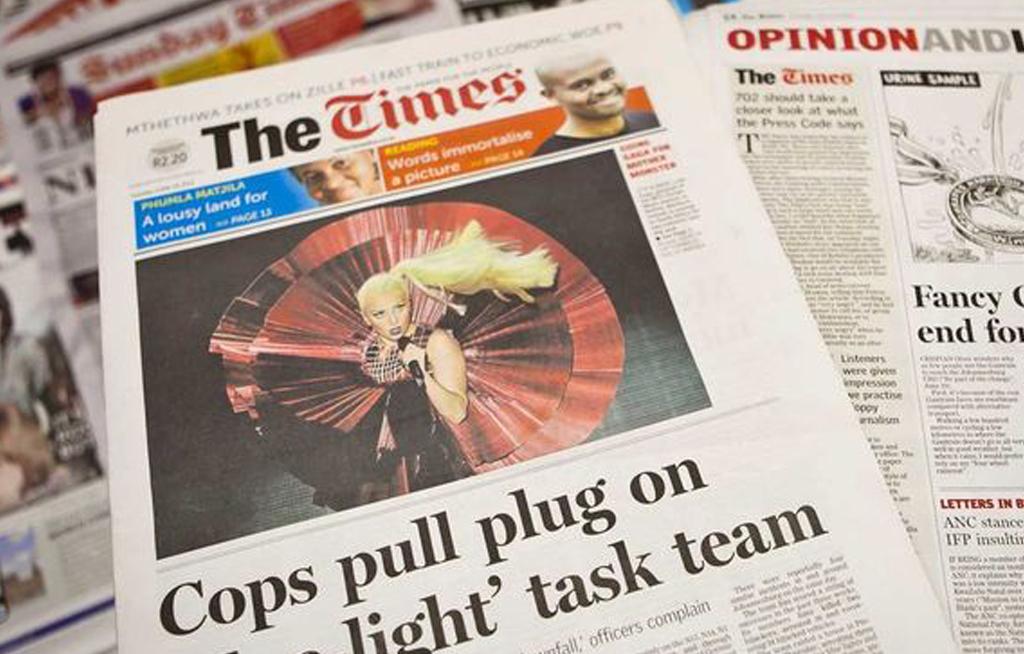 Times Media is again undergoing a restructuring process that is expected to affect staff at its print and digital publications.

DURBAN – Tiso Blackstar group – formerly Times Media – is again undergoing a restructuring process that is expected to affect staff at its print and digital publications.

Staff that had the necessary skills, qualifications and expertise would be retained, managing director Andrew Gill said in a letter sent to staff on Thursday.

“The company’s media division is under significant pressure from the weak economic climate facing the country, a decline in advertising spend by major public and private sector advertisers and declining consumer spending,” Gill said in the letter.

“This has resulted in lower circulation and advertising income for the company. Coupled with a high fixed cost base the company’s media division faces a major challenge if it is to remain sustainable going into 2018 and beyond.”

He highlighted that The Times print publication, a daily newspaper launched in 2007, had not proved profitable “despite several changes introduced to the business model in the past three years” and added the paper had experienced diminishing returns over the last three years which were expected to continue despite cuts in paper size, circulation footprint and price increases.

“With this in mind, management has carefully considered the option of a premium digital-only daily edition in a new format, drawing on successful models that have been implemented internationally,” Gill said.

Changing from print to fully digital would necessitate changes in editorial processes and newsroom structures, he said in the letter.

He said that “[e]ditorial integrity and the pursuit of excellence” remained the cornerstone of a successful media company and these would need to be bolstered by innovation, teamwork, efficiency and increased productivity.

Gill said management was now of the view that “The Times as a print product cannot continue in its current format”.

He said the company had investigated and found no viable options that would necessitate keeping The Times active.

“The company proposes that the current printed publication of The Times be ceased and that it be replaced by a digital-only product.”

Gill said he was unsure how many staff would be affected but that they intended to complete the retrenchment process by January 31, 2018. Eight employees had been retrenched in the past 12 months, he said.

The first consultation meeting will be on November 8.