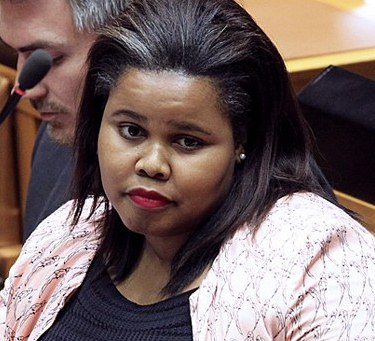 JOHANNESBURG - The residents of Tlokwe have had enough of corruption and are ready for clean, transparent governance, DA Parliamentary leader Lindiwe Mazibuko said on Sunday.

"Under former Mayor Maphetle [Maphetle], they endured a government more determined to put political cronies ahead of what is best for the people of Tlokwe," she said in a speech prepared for delivery in Ikageng, in Tlokwe, North West.

"This, while the people of Ikageng continue to live in dire poverty, with service delivery failures so numerous there is not enough time to list them."

The Democratic Alliance asked for a forensic probe into irregularities at the municipality last year.

The report recommended that formal disciplinary action be taken against him and other officials.

In May, the DA laid criminal charges against Maphetle, and in June, Public Protector Thuli Madonsela said she would investigate the claims.

Maphetle has been unseated as Tlokwe mayor. The municipality is currently run by DA mayor Annette Combrink.

Mazibuko was in Tlokwe campaigning ahead of this week&39;s upcoming municipal by-elections.

Mazibuko said the African National Congress&39;s support of Maphetle sent a clear message to residents that what was best for them did not matter.

"The ANC should be ashamed. I share your sense of betrayal. How can you not feel wronged when a party that you have spent your lifetime supporting turned their backs on you so callously?," she asked.

Mazibuko said the ANC was trying to do everything it could ahead of the by-elections to win Tlokwe back without acknowledging that it had treated the people badly.

"They are hoping that you will vote blindly for them again, because like the ‘Mercedes mayor&39;, they are arrogant."

Mazibuko hit out at Social Development Minister Bathabile Dlamini, who has been accused of handing out food parcels in the area in exchange for votes.

Dlamini&39;s department and the government have denied this.

Mazibuko asked Tlokwe residents to give the DA a chance when they voted in the by-elections.

"Where we govern, we have proved that we put the people first," she said.

The ANC retained control of the ward with 738 votes. Independent candidate Khotso Ratikoane received 504 of the total votes.