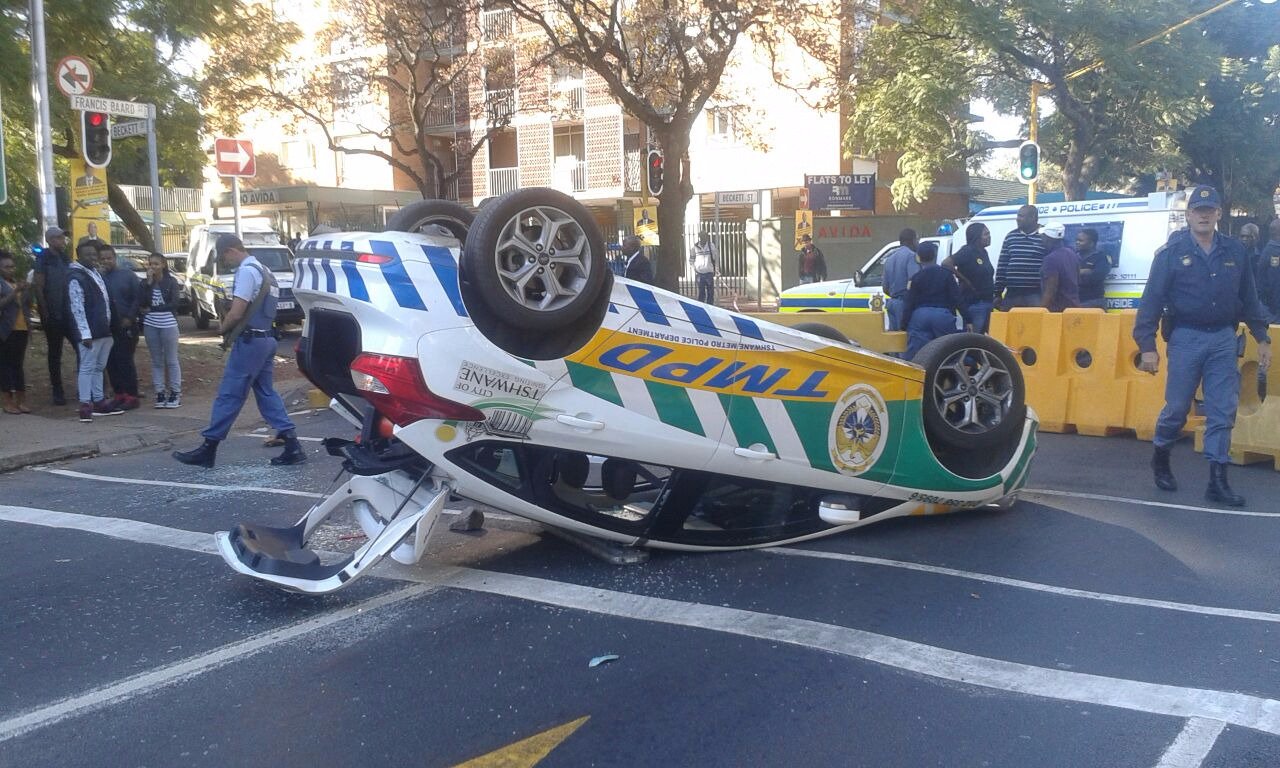 A Tshwane metro police vehicle was overturned in Pretoria on Monday afternoon in protests over a new mayoral candidate for Tshwane.

TMPD officers were patrolling Francis Baard street in Arcadia when they were accosted by protesters according to TMPD spokesperson Senior Superintendent Isaac Mahambe.

The officers were pelted with stones as they attempted to flee to safety.

Three TMPD officers were injured and taken to hospital for medical treatment.

Police have now cleared the scene where a TMPD car was attacked by disgruntled ANC members in PTA @AfriNewsAgency pic.twitter.com/v42EAcmr0b

Mahame asserted, "The TMPD will be opening a case of public violence and investigating this matter."

JUST IN: Protesters have moved to Mamelodi. More to follow.