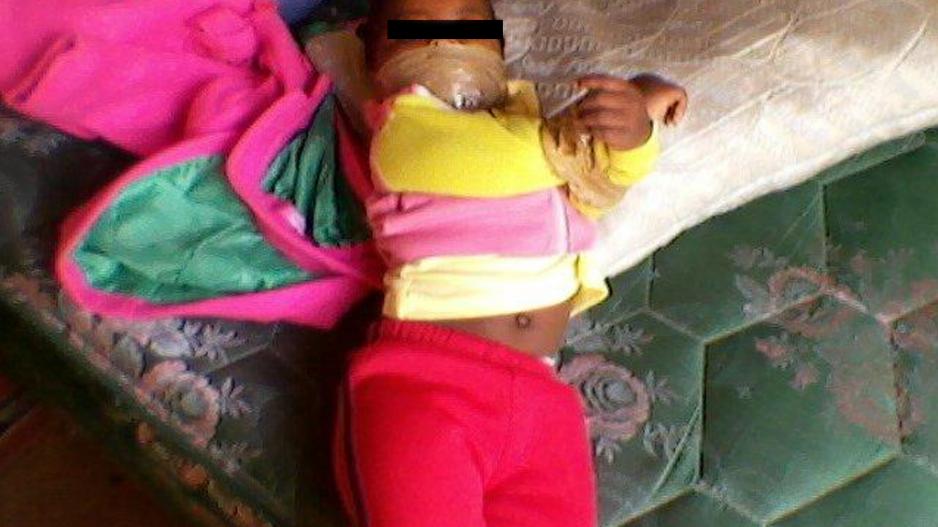 April 8: Image provided by Daily Sun newspaper shows a cellphone-captured image of a toddler who'd been bound and gagged by her day-carer at creche for 3 hours, before being discovered by a helper at the facility in Rosettenville, south of Johannesburg

* Editor&39;s note: the above video is of a graphic nature.

JOHANNESBURG - The owner of a Johannesburg crche allegedly bound a toddler and gagged her with tape, the Daily Sun reported.

Labeeba Truter, who runs Petite Bumper Daycare centre in Rosettenville, apparently tied up the 16-month-old toddler So that she (Truter) could watch television undisturbed.

According to the paper’s source, when Truter was unable to get the toddler to stop crying, she resorted to tying her feet and wrists and gagging her.

Video footage obtained by the Daily Sun appears to show the little girl struggling to get free.

According to the report, the crche houses twelve children in a single unfurnished room.