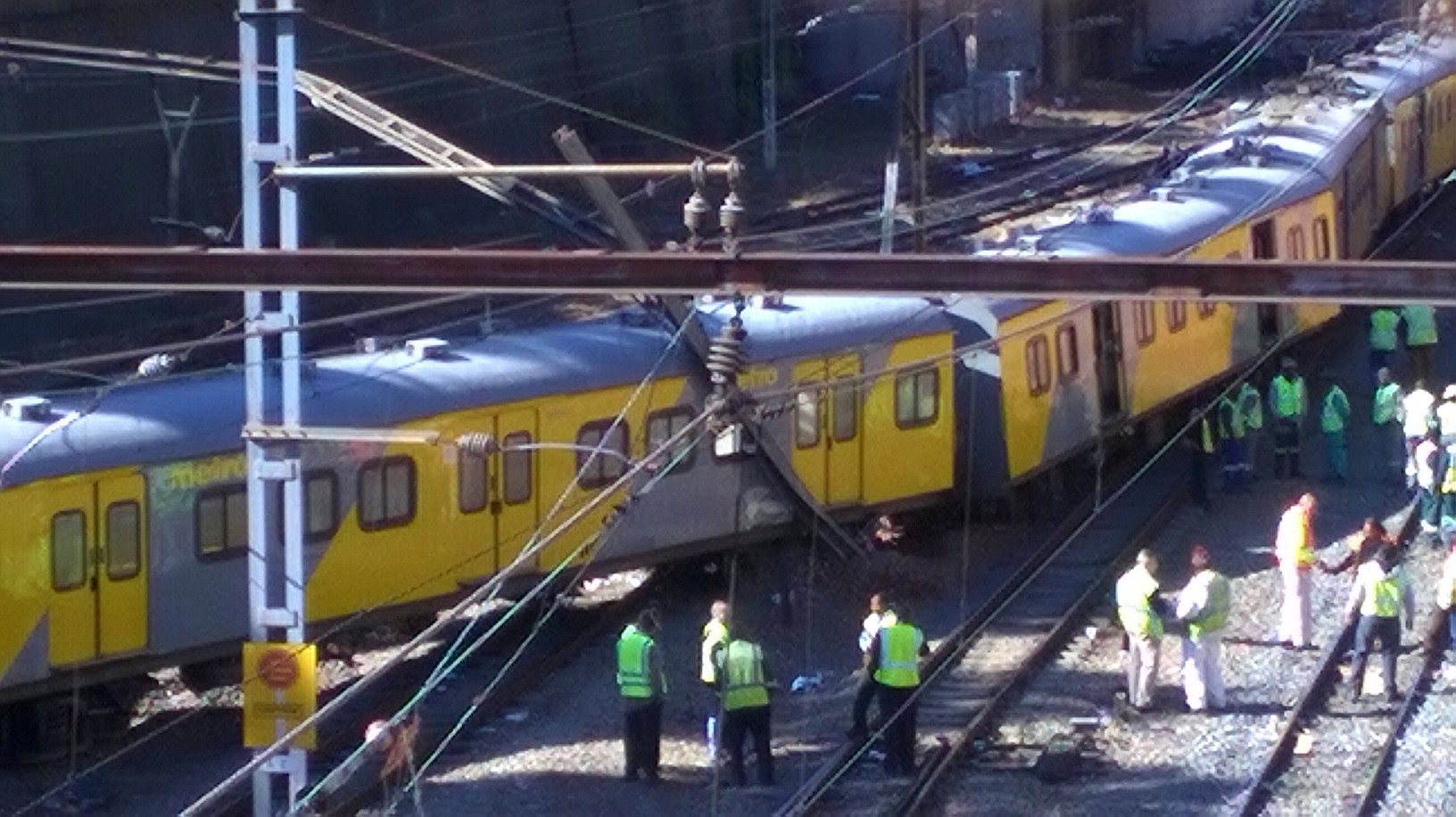 Three people have are seriously injured and five others are being treated for minor injuries after a train at the Doorfontien station derailed.

JOHANNESBURG – Three people are seriously injured and five others are being treated for minor injuries after a train at the Doorfontien station derailed.

Gauteng spokesperson Metrorail spokesperson Lillian Mofokeng said, “The accident happened after 12 midday. There were 70 people on the train and seven have minor injuries.”

“The train was travelling from Pretoria towards Park Station when the last two cabins derailed,” she added.

City of Joburg emergency services on Twitter said, “Three people have been seriously injured and others are being treated for minor injuries.”

Mofokeng said, “Trains coming from the Eastern side of Johannesburg, are running 2 hours late, as our teams are working re-railing the train and pull it out.”

This accident come almost a month after as head on train collison in which killed two and left seven with serious injuries.

Metrorail is still investigating the accident.

Correction: Earlier train accident between Doornfotein & Park Station was a derailment not a crash. Apologies.