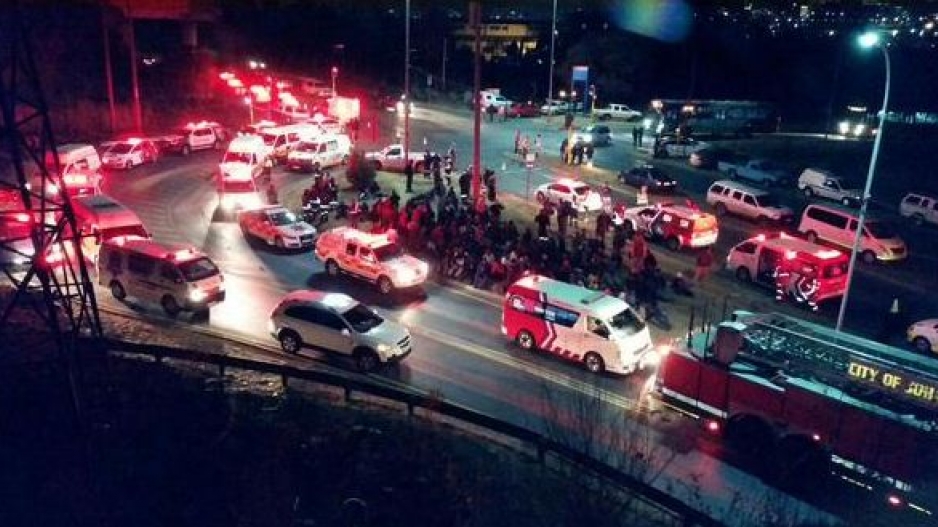 Train accident at the Booysens train station in Johannesburg.

According to ER24&39;s Russel Meiring, "What we know so far is unconfirmed. We believe two trains collided at Booysen train station at Johannesburg, causing one to derail.

"We responded and on our arrival we found more than 100 patients. As far as we know, there are no fatalities. Most of the injures are moderate to minor, including some serious patients."

ER24 paramedics are treating neck and back injuries as well as major and minor fractures. Injured passengers are being taken to nearby hospitals.

Metrorail spokesperson Lillian Mofokeng said,”We can confirm that the accident happened, it happened over an hour ago.”

“Rescue vehicle and personnel are on the scene. They are helping over a hundred people lying on the platform, with minor to serious injuries,” said Meiring.

Metrorail says it’s too early to say what caused the accident. The company has arranged buses to ferry commuters meant to be using the same route.