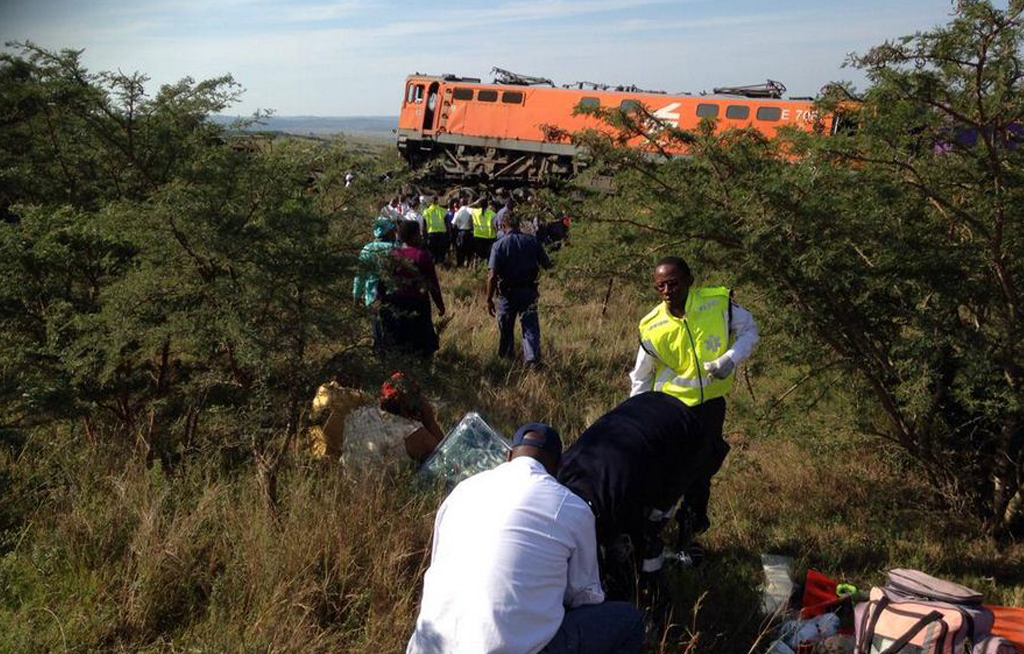 May 20, 2015 - According to a report by the Daily Dispatch, a Shosholoza Meyl passenger train travelling from East London, collided head-on with a goods train near Hanover outside King Williams Town.

According to the Daily Dispatch, a Shosholoza Meyl passenger train travelling from East London, collided head-on with a goods train near Hanover outside King William’s Town.

Emergency Services personnel on the scene report that up to 35 people remain trapped inside the carriages.

Eastern Cape Department of Health Spokesperson Sizwe Kupelo has told eNCA that four people are seriously injured and have been airlifted to hospital in East London.

The rest of the injured are being treated on the scene -- up to 20 ambulances and 2 helicopters are in attendance.

Kupelo said the Jaws of Life were needed to free several people trapped inside one of the carriages.

There is no confirmation at this stage on any fatalities.

There are about 20 ambulances from Emergency Medical Services (EMS) on the scene where two trains collided near KWT. pic.twitter.com/KXdlQzbBxz