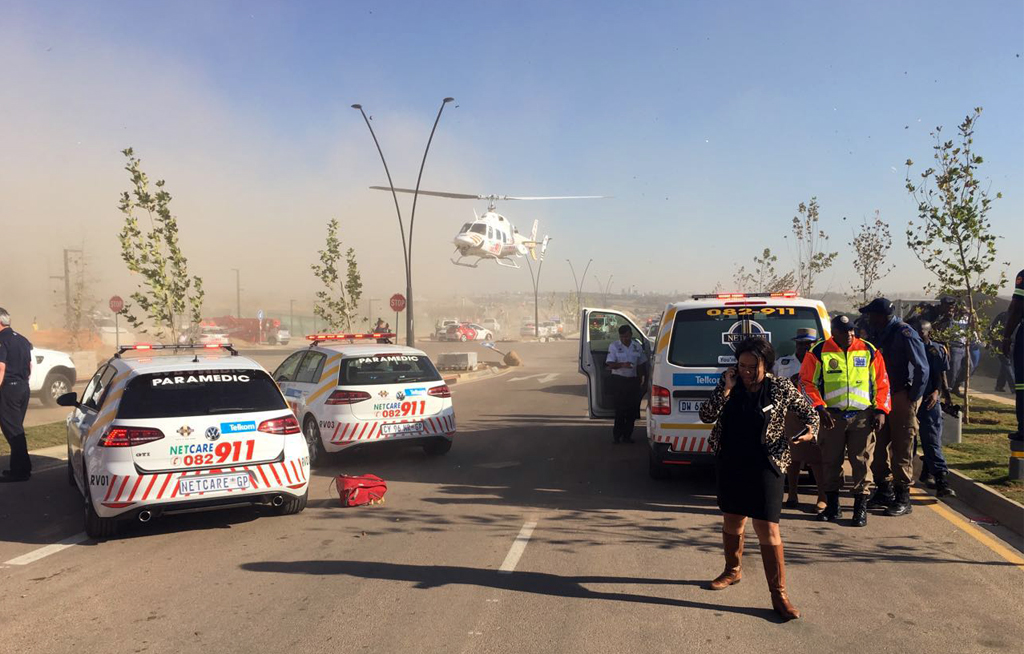 JOHANNESBURG - Gauteng Transport authorities say they are still in talks with taxi associations over the operation of routes to the Mall of Africa, in Midrand.

At least 53 suspects have been arrested following a shootout at the mall.

Two men believed to be involved in a dispute were injured during the shooting, while a female bystander wounded in the incident is in a critical condition in hospital.

"Normally what happens is that the relevant associations will apply for licence to operate, we then refer it to the municipality for concurrency and recommendations and if they approve then we normally issue the licence,” said Gauteng MEC for Transport Ismail Vadi.

“In this particular incident, because it has been a greenfield development, we had met for some months before that with seven taxi associations and hammered out an interim agreement. So no final award of taxi licences had been made at this stage, but there was an understanding.

“Unfortunately, over the weekend and in the last two or three days, two associations were foresaking the agreements that have been made and then we had this unfortunate incident yesterday when we had this shootout."