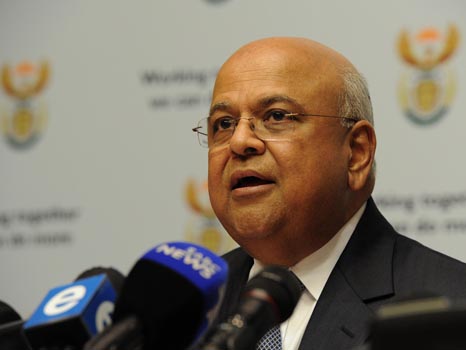 JOHANNESBURG - The National Treasury says it is not aware of a letter sent to Finance Minister Pravin Gordhan’s lawyers assuring him he won’t be arrested.

Sunday newspapers claim the Hawks also told the minister that he is not a suspect in the controversial SARS rogue unit investigation. According to a report in the Sunday Independent, Hawk&39;s head Lieutenant-General Berning Ntlemeza wrote to the minister&39;s lawyers, assuring him that the DPCI would take no steps that would affect him without giving him prior notice.

Both the National Prosecuting Authority (NPA) and the Hawks are investigating claims of a rogue spy unit at the South African Revenue Service. Gordhan was the SARS commissioner when the unit was allegedly created.

He has called the reports of the rogue unit "malicious rumours" and an "unrestrained attack on honest and hardworking people and the institutions meant to strengthen our democracy".

On Monday, NPA head Shaun Abrahams would not confirm or deny whether Gordhan is a suspect in the investigation but confirmed that the NPA had received a docket in connection with the investigation.

Opposition parties have suggested that the investigation is politically motivated and an attempt to neuter the National Treasury.

We know now that PravinGordhan is under threat. We know more now than we knew when Nene was preyed upon. So what are we doing about it?

Malema: now they want to remove Pravin because he is not allowing them to steal the money.

The arrest of Finance Minister, Pravin Gordhan, would be a disaster for SA @DavidMaynier

Presidential spokesperson Bongani Ngqulunga said of the arrest rumours: “We have also noted the response of law enforcement agencies that have swiftly denied the rumour. It is clear therefore that the story is the work of dangerous information peddlers who wish to cause confusion and mayhem in the country."

Gordhan’s lawyers are not commenting on the matter. Earlier this week the minister said he was distressed by reports of his imminent arrest.