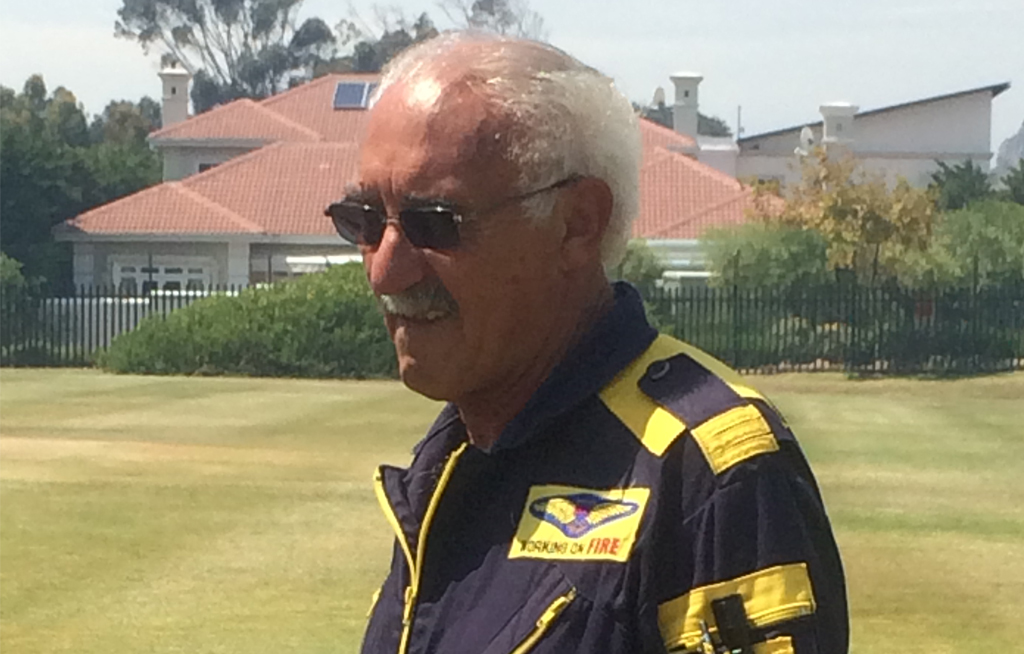 FILE image of helicopter pilot Bees Marais, taken on Sunday, March 1, 2015 on the Reddam House School field whilst he and the others pilots were waiting for the wind to ease up during fire-fighting duty and where they spent the rest of the week refueling.

CAPE TOWN - In light of the devastation of the recent blaze across the Southern Cape Peninsula, and all those who put their lives at risk to contain it, there was an outpouring of grief over the news of the accidental death of helicopter pilot, Willem Hendrik “Bees” Marais on Sunday.

Marais was on duty as a freelance pilot for the Working on Fire organisation, to contain a blaze which had flared up in the Cape Point Nature Reserve.

He was alone in the helicopter when he was forced to make a hard landing in the reserve. His chopper went down just before midday.

Over the past week, Marais had been part of the fire-fighters who&39;d spent their days battling the Cape fire.

A friend and ex-Air Mercy Service work colleague, Adele Walker, remembers him fondly as a "very special gentleman... a humble man, an exceptionally skilled helicopter pilot with years of experience."

"He was loved & admired by many," she told eNCA.com.

It&39;s not clear yet whether the fire Marais was water-bombing on Sunday caused the crash.

RIP Oom Bees Marais. What a legendary pilot! A true gentleman who always had a smile & lived for flying. ChopperCrash CapeFire

Bees Marais who was killed today in chopper crash visited our son post op in hosp 11 years ago in full flying kit as his hero RIP. Respect

Met Bees Marais yesterday, he showed a young fan (who wants to be a firefighter pilot) how a heli works capefire pic.twitter.com/tPDFXkdrRt

Devastated to hear of the death of @wo_fire pilot Willem "Bees" Marais while responding to the CapePointFire. localhero RIP

CapeFire RIP Bees Marais - you will be missed by all members of the SAPS Diving Unit Western Cape hero pic.twitter.com/xEOLes5AJE

Extremely sad when a hero who risks his life everyday to help us all dies on the job. BeesMarais RIP.