Trollip also out of race to succeed Zille 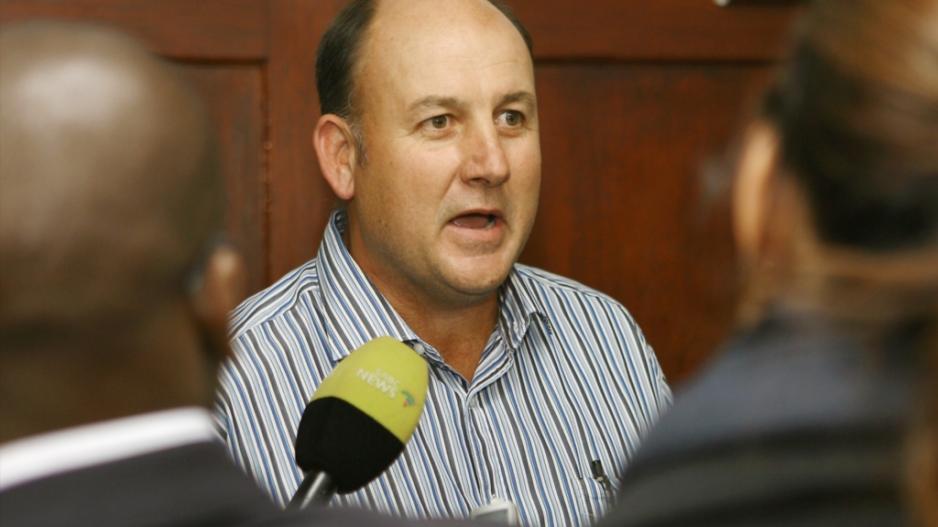 FILE image of Atholl Trollip when elected as Parliamentary Leader of the DA in May 2007.

CAPE TOWN - Democratic Alliance Eastern Cape leader Athol Trollip on Monday firmly ruled himself out of the race to succeed Helen Zille as party leader after he was chosen as the party’s mayoral candidate for Nelson Mandela Bay in the 2016 local government elections.

“I will not be standing for party leader, my primary objective is to win Nelson Mandela Bay for the party,” Trollip said after the provincial Electoral College chose him over DA MP Annette Lovemore as mayoral candidate on Monday morning.

Trollip confirmed that he still planned to run for the post of DA federal chairperson in May, when Zille’s successor as DA leader will be elected.

“If anything, Helen’s decision to step down makes me think it will be even more important for me to be there as an experienced hand,” he said.

Trollip unsuccessfully stood for party leader in 2007 but lost against Zille. In 2009, he became the DA’s parliamentary leader but two years later lost the position to Lindiwe Mazibuko.

Mazibuko, who resigned from the post in May last year to study at Harvard in the United States, earlier on Monday ruled out returning to the country to contest the leadership.

“I will not be making myself available for election to any leadership post at the DA’s 2015 congress. Rather, I will be watching and supporting my friends, colleagues and fellow democrats from across the Atlantic,” she said.

Mazibuko said she would, at some point in the future, make herself available to play an active role in the DA but added: “That time, however, is not now.”

With Mazibuko and Trollip out of the race, party insiders and commentators see parliamentary leader Mmusi Maimane as the favourite to succeed Zille.

DA chief whip John Steenhuisen has publicly given his backing to Maimane and several MPs have done so off the record.

“I do not want to be party leader but …. if Mmusi Maimane decides to be a candidate, he will have my 100 percent backing and I will work very hard to support him as party leader,” Steenhuisen said on Monday.

The party has extended the deadline for candidates to throw their hat into the ring by four days, until April 24.

DA federal council chairman James Selfe said this decision was taken on Sunday to give potential candidates time to mull the decision and consult those close to them.

“It is a big decision one has to make and we wanted to give people time to consult their families, support groups and constituencies,” Selfe said.