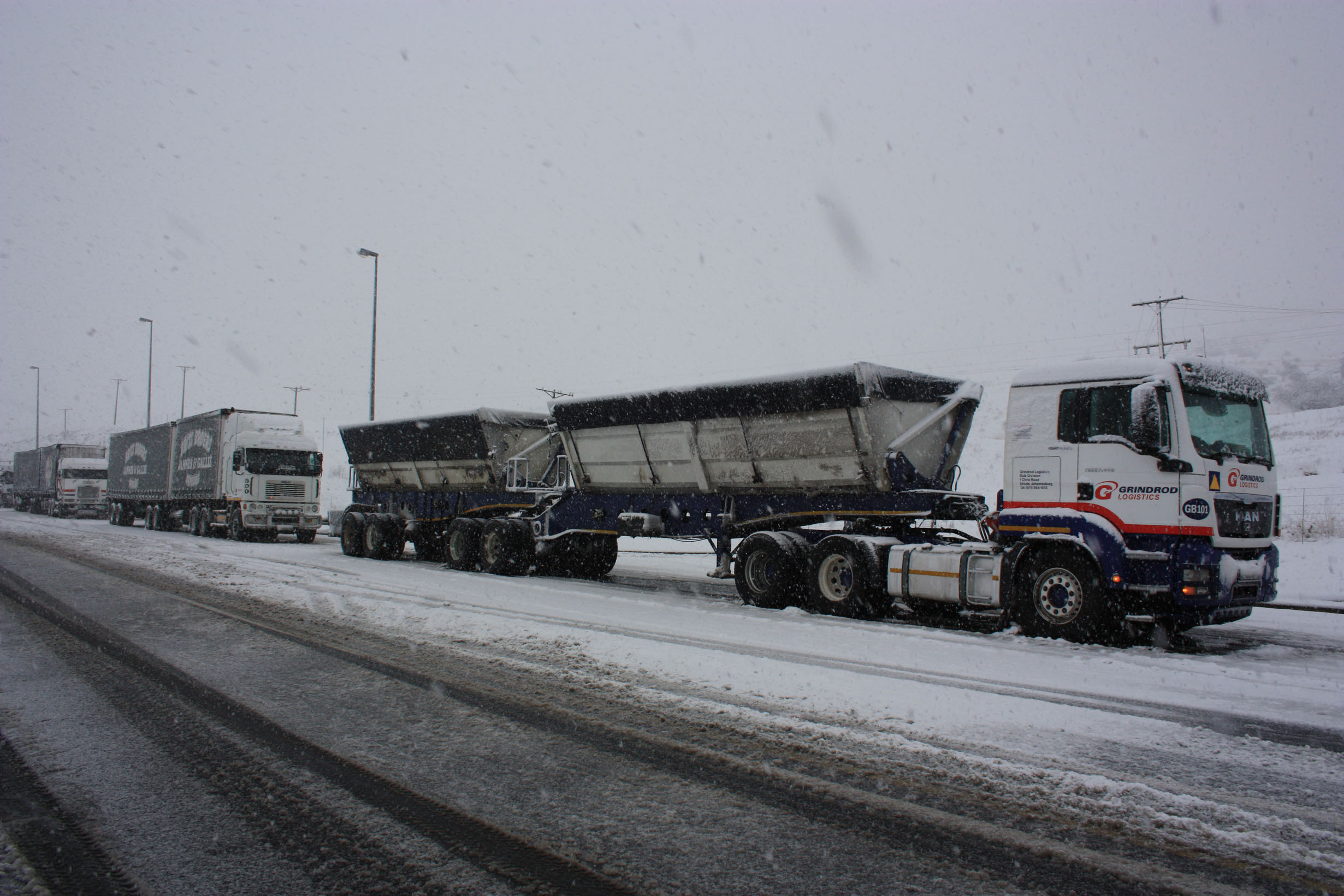 Lorries stand still outside the village of Van Reenen on the N3 before Van Reenen's Pass which was closed to traffic because of the inclement weather which saw the mercury drop below freezing, Tuesday, 7 August 2012.

JOHANNESBURG – The South African Chamber of Commerce is concerned about the high increase in truck hijackings this year.

Pietman Roos, head of policy at the chamber, said the business body was not aware the situation was this bad before the statistics were released.

“I can’t definitely say what kind of goods were stolen. What I can say is that it is highly unfortunate that this category of crimes had gone up.

"Particularly since our roadways are the major links between businesses,” he said.

Roos said the most concerning aspect of the crime was that it did not only affect the truck company, but affected the business meant to receive the goods.

“If you have an order to fill and it goes missing for a week or is stolen, this can have a major effect on your business. This can be highly damaging to the economy,” he said.

Meanwhile, trucking expert Chris Barry, said there were clear indications that truck hijackings were being organised by sophisticated cross-border gangs.

He said part of the problem was South Africa’s porous borders, high levels of corruption in the police force, and in some cases poor screening within companies.

Barry said truck theft was a “professional business” in which syndicates “place orders” for a certain type of truck or goods being transported.

Trucks stolen in South Africa are often used in mining operations in other parts of the continent, he said.

“In my personal experience we are the worst [affected] of all in Southern Africa,” Barry said.

Goods and trucks stolen here often ended up in other parts of Southern Africa and there was varied success in getting the goods back.

“We have varying degrees of success. We’re a small player in the industry. In my experience returning goods from northern Mozambique is nearly impossible.

"I’ve been successful in Zambia, Zimbabwe and Malawi. It’s also very difficult to get stuff back from Angola and the DRC,” he said.

Barry said often, the goods which a truck is carrying is the main target.

“There is often a pre-order…The kind of cargo they are interested in are quick retail goods, things that will change hands very quickly,” he said.

Barry said some companies could avoid being victims by conducting better screening on employees. However, he felt poor border control and rampant corruption in the police and at SA borders were a major contributing factor.

These points were confirmed by the Road Freight Association (RFA).

RFA Technical and Operations manager Gavin Kelly also said the majority of truck hijackings target the good on trucks and not the vehicles.

Kelly said that if trucks are stolen, they are sold across the border.

"80 percent of the time it&39;s for the goods on the vehicle. They take anything of high value, electronic goods or platinum or gold," he said.

Kelly said that while mining trucks were once targeted, the focus of criminal syndicates has shifted to fuel and food stuff.

"Gold and platinum or diamonds you cant just sell around the corner. But you can flog cigarettes and food easily," he said.

Kelly added in many cases, heists were well planned by syndicates, some of which had access to marked vehicles which they used to impersonate police and traffic officers.

Kelly said the association had set up a task team with the police which was yielding results and had already caught several police imposters linked to truck hijacking syndicates.