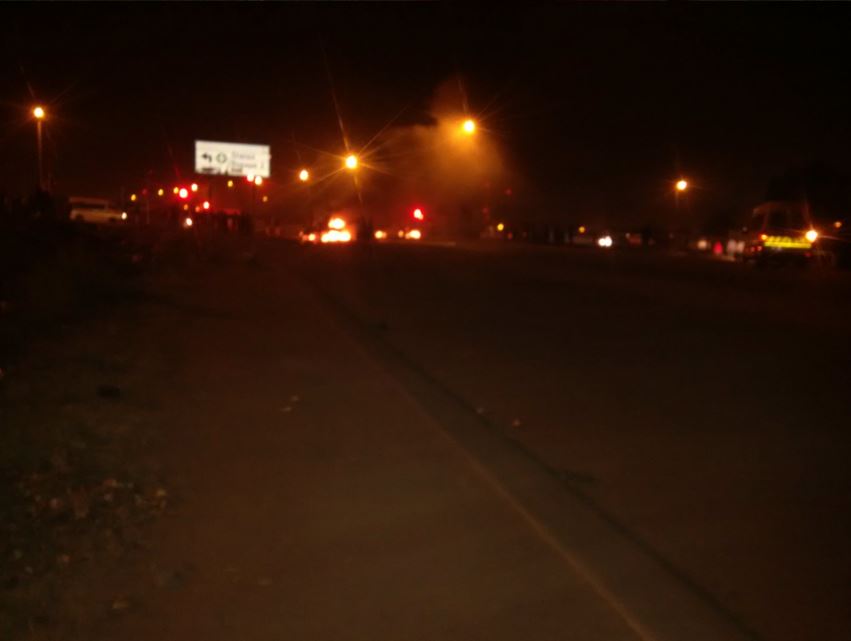 Protestors have blocked off the entrance to extension 20 in Mamelodi, Tshwane and set fire to buses and trucks on MOnday 20 June 2016.

MAMELODI, TSHWANE - On Monday night, protests reportedly escalated at Tsamaya street in Mamelodi with buses being set alight and roads being blockaded by demonstrators.

At least 20 buses have been destroyed by arson, with conflicting reports as to whether they are Putco or Prasa vehicles.

An eye witness described the scene, "What I saw was a truck burning, a lot of things on it, people taking a lot of things. There were about 50 people, some in civilian clothes and some wearing ANC t-shirts."

Earlier on Monday reports suggested that a group of disgruntled ANC members, who were unhappy with the party&39;s decision to nominate Thoko Didiza as its Tshwane mayoral candidate, attacked Tshwane Metro Police Department officers with stones and overturned a Metro vehicle.

During a meeting at the Tshwane Show Grounds on Sunday, violence broke out in which, the ANC confirmed, a member was killed and several others injured.

Residents have reported that the entrance to extension 20 in Mamelodi has been blocked off at the traffic lights.

No police were spotted on the scene by witnesses. SAPS spokesperson Captain Tsekiso Mofokeng said that the police are aware of the situation and were deploying officers to bring calm to the area.

Reports of violence and property damage have also been received from Atteridgeville.

Atteridgeville Entrance is on Fire!!! God save us!! pic.twitter.com/kfiGaI0k7F

This is in Mamelodi at a Putco bus depot, not Atteridgeville https://t.co/8EZ0TgovNd