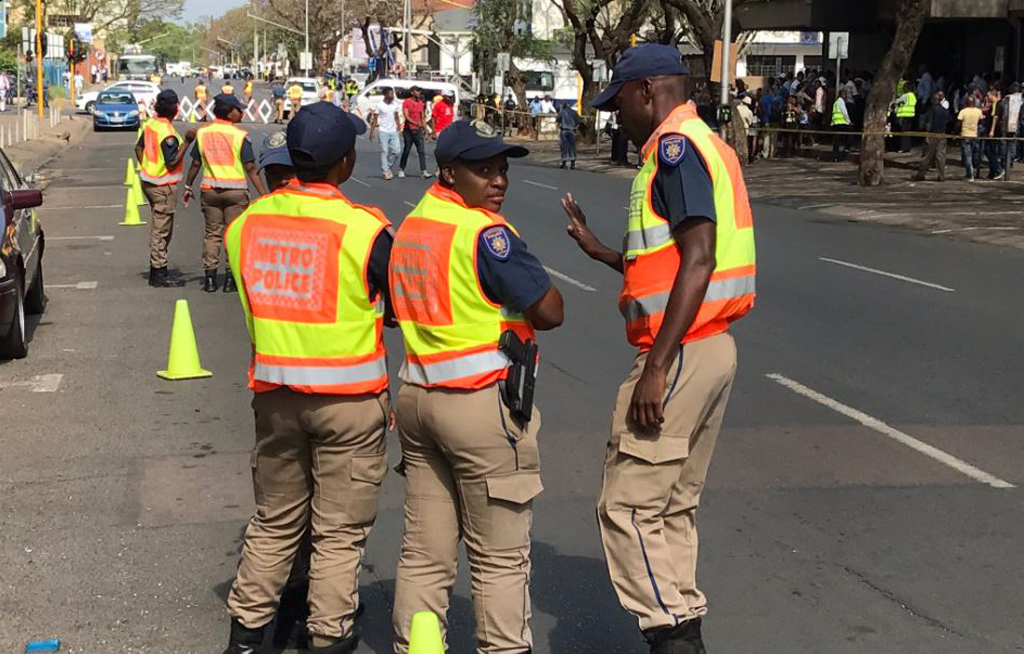 02 November 2016 - Tshwane metro police on standby outside the Pretoria Magistrates Court on Wednesday, ahead of a march by opposition parties against corruption in South Africa.

JOHANNESBURG – A Tshwane Metro Police Officer was found guilty of corruption in the Cullinan Magistrate’s Court on Wednesday, for soliciting a R100 bribe, the Road Traffic Management Corporation (RTMC) said.

RTMC spokesperson Simon Zwane said that Sebo Mathabatha, 38, pleaded guilty to a soliciting a R100 bribe from an undercover agent of the National Traffic Anti-Corruption unit on December 19, 2015.

“Mathabatha and a colleague were conducting a law enforcement operation on the notorious Moloto Road when she stopped the agent for overtaking on a barrier line.”

He said Mathabatha is expected to appear in court on March 29, for the magistrate to consider the pre-sentencing report. She was charged under the Prevention and Combating of Corrupt Act of 2004.

“The conviction proves that there are consequences for unethical and unprofessional conduct within the traffic law enforcement environment,” Zwane said.

“The Road Traffic Management Corporation (RTMC) in committed to ensuring that all cases of bribery and corruption are followed through no matter how long it takes to finalise them.”