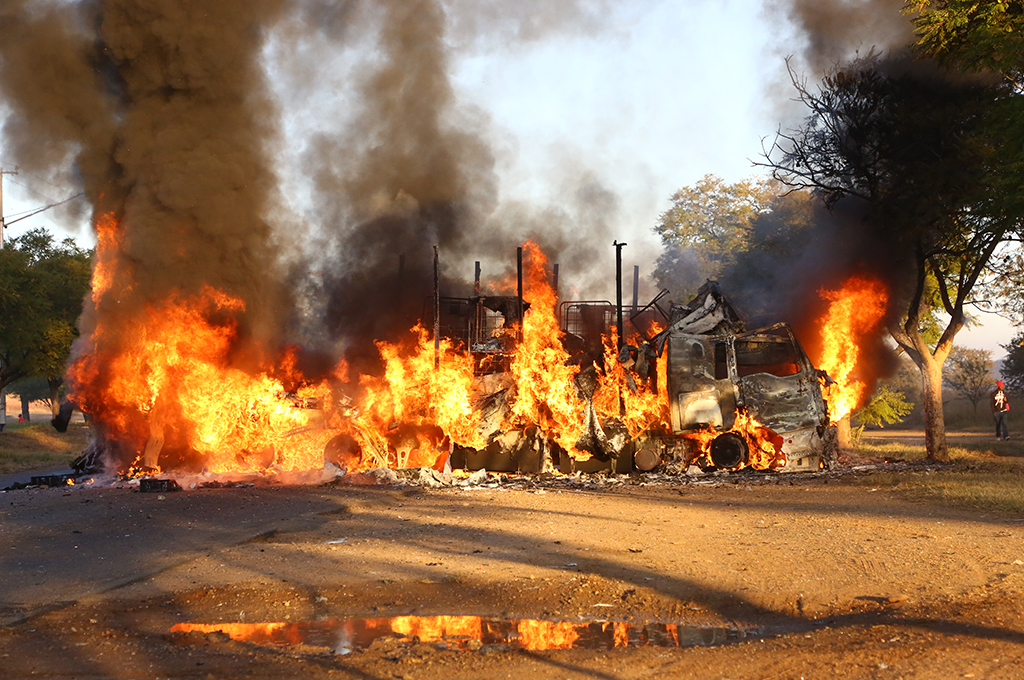 TSHWANE, 21 June 2016 - Earlier in Atteridgeville there was a bus that was set alight.

JOHANNESBURG – The violence in Tshwane is spreading.

There are now protests in and around Hammanskraal, Ga-Rankuwa and Atteridgeville.

Vehicles have also been torched in Hebron and Atteridgeville.

On Tuesday morning, the Tshwane Metro Police confirmed that streets in Hammanskraal were barricaded.

All streets leading into the area had been blocked with burning objects and barricades.

There were also unconfirmed reports of a truck burnt in Hammanskraal with two buses also reported to have been set alight.

The protesters are apparently unhappy with the nomination of Thoko Didiza as the ANC&39;s mayoral candidate for Tshwane.

The TMPD said they suspect criminal elements are involved in the chaos in the capital city as protests spread to other parts of the metro.

“When we woke up this morning, now some other parts of the Tshwane area have also joined in,” said the Tshwane Metro Police spokesman Isaac Mahamba.

“We have a serious situation currently in Hammanskraal whereby most of the streets are barricaded, but what we would like to mention is that all the streets that are leading into the CBD have been blocked with burning or barricaded objects.

“I can mention that streets like Molefe Makimpa and R101 in Hammanskraal has been completely closed and somewhere in Stillwater area leading to the CBD again we have just received reports that two buses there have also been burnt by burning objects and tyres.”