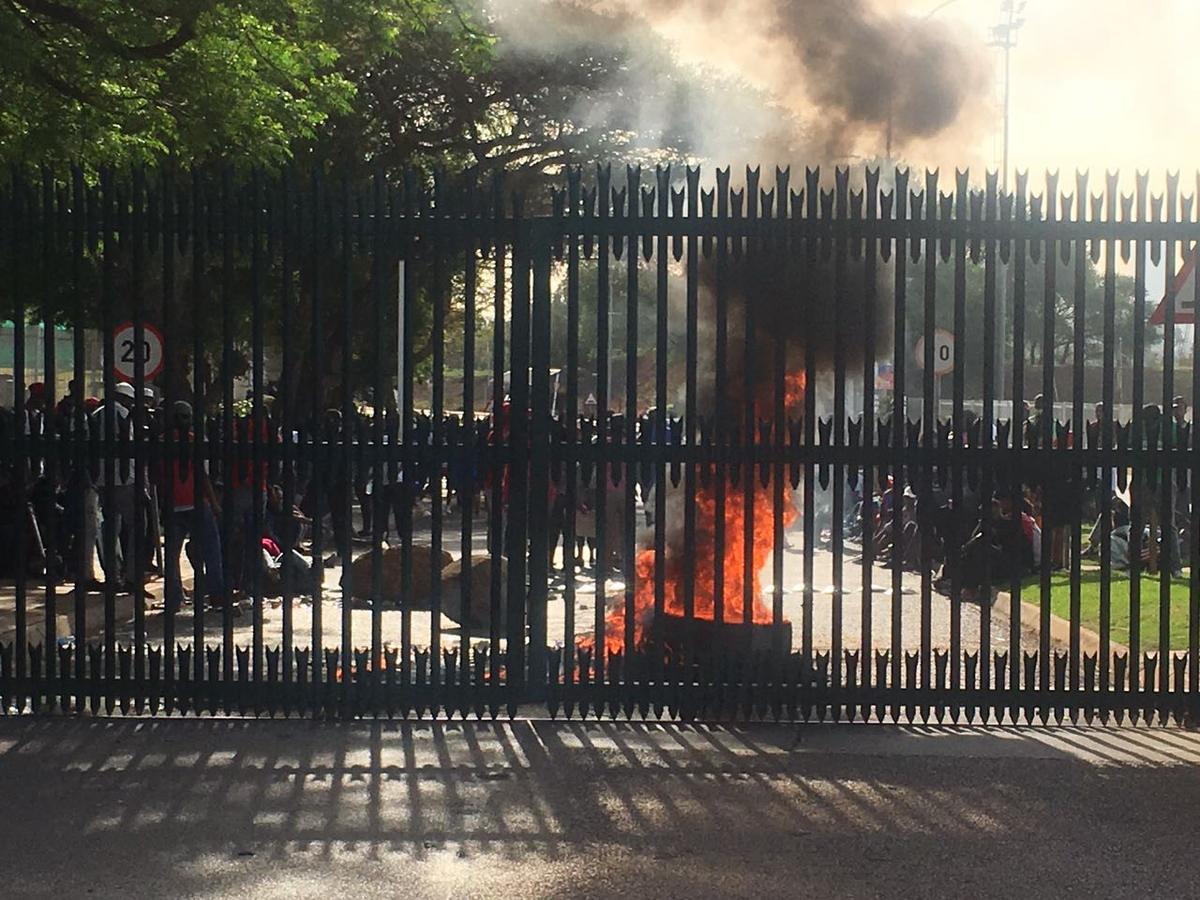 File: Fires flare up at TUT campus on Wednesday at students barricade gates with burning tyres.

PRETORIA – Tshwane University of Technology has announced that one of the three students injured in a car crash during a Fees Must Fall march in Pretoria died on Thursday night.

The student, Benjamin Phehla, was a former chairperson of the Faculty Student Council of the information and communications technology department.

Yesterday afternoon there was unrest at the Soshanguve campus, when a group of protesters demanded to be transported to the Fees Must Fall march to the Union Buildings.

The university said when this was denied, clashes with security guards erupted and police had to intervene to disperse the protesters.

The protesters allegedly also disrupted traffic on the public road between the north and south campuses in Soshanguve. The three students were injured when a driver lost control of his car.

It is with deep sadness, that TUT has to announce the passing of Benjamin Phehla

The university said most of its campuses were calm today and academic activities were continuing, although class attendance is low.

Some classes were, however, disrupted at Soshanguve Campus.

The university has made counselling services available to staff and students.

Despite the disruptions, the university said it wants to ensure that all its students successfully complete this academic year.

Academic activities and tests would continue on Saturday and on Monday.