Tutu gets emotional at 40-year celebration 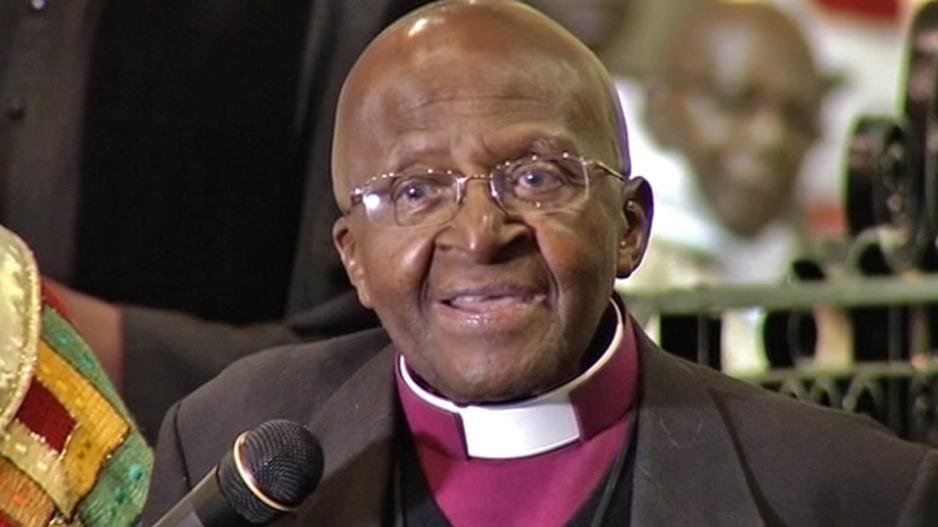 Hundreds attended a church service in celebration of his 40 years in episcopal service.

The Archbishop became emotional while giving a short note of thanks to the celebrants saying, "A very big thank you to Sidney. Thank for the choir George, you are just fantastic and we can never thank you enough...Thank you so much our former presidents. I didn’t expect any of this and its a very deeply touching thing that you should be here present and thank you. Thank you Thank you"

His famous sense of humour was on display, as he teased the choir, “If you don’t come to my funeral I’ll get up from out the coffin and ask you, where are you?”

The event was attended by several dignitaries including Graca Machel and former president Thabo Mbeki.

Speakers paid tribute to a lifetime of dedicated service and in the spirit of the Archbishop’s own activism.

The Reverend Barney Pityana lamented recent events at the SABC and other political controversies saying, “Goodness has gone out of fashion at least in South Africa in our day. There are far too many instances when we observe how unrewarding goodness can be. There are few occasions where I have observed that one can hardly say of any public personality that so and so is a good man.”

He said the church should once again be a hotbed of activism, as it was pre-1994.

Speakers said Tutu had routinely put his own safety at risk to stand up for what he felt was right, both during and after apartheid.

Anglican Archbishop Thabo Makgoba could not be present and a church representative read out his words of appreciation.

Diocesan chancellor Ronnie Bracks said “Thank you, Tata. Thank you for who you are. Thank you for your sacrifices and making this a more just and fair church, country and world.”

He said he was grateful to the many who took time out to celebrate this important milestone with him.