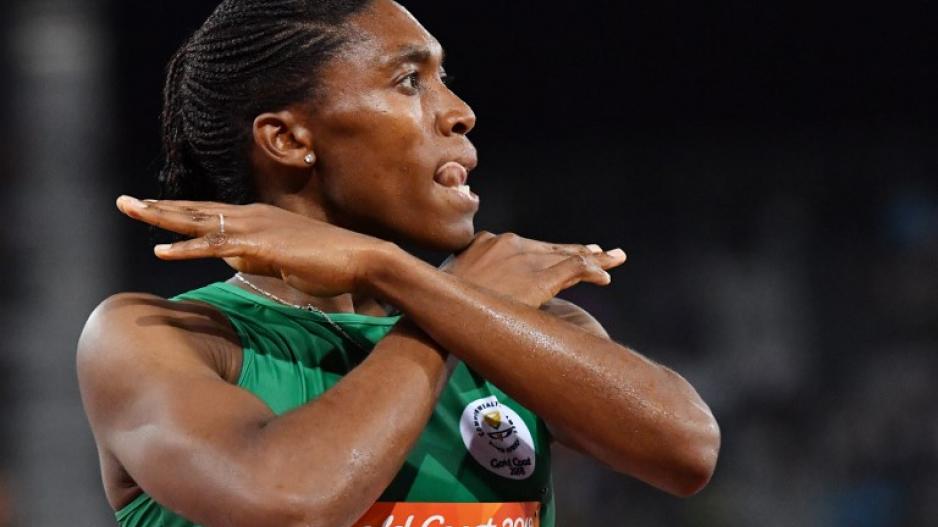 Under the new eligibility regulations for female athletes competing in the 400m and 1,500m distances, athletes must take medication to lower testosterone levels in order to participate in races.

The move appears to target Semenya and many on social media were not impressed with the latest rules.

CasterSemenya will win more races, she will break more records and beat IAAF at their own game. She&39;s done it before! We’ll see how much further they’ll move the goal post then. pic.twitter.com/rKS2w9sSlx

If performance enhancing drugs are prohibited shouldn&39;t the same apply for performance inhibiting drugs? I though the aim was not to alter an athlete&39;s biology artificially? Once this begins where are we going to draw the line? CasterSemenya IAAF

It cannot be any more clearer that IAAF has a serious problem with Caster&39;s domination in athletics. So ridiculous. IAAF can go jump tbh CasterSemenya

So, the use of drugs that alters a body&39;s natural functionality or hormones is prohibited by the IAAF. The same IAAF that now goes and introduces a law that forces CasterSemenya to take drugs that will do the exact same thing to her hormones?

This here is a finish nd klaar on y this is happening CasterSemenya is being victimized https://t.co/CVzK4RA4NS

Semenya herself took to Twitter shortly after the announcement, indicating some degree of indifference towards the IAAF.

Athletics South Africa (ASA) has responded to the IAAF&39;s regulations, saying the process started long ago.

In a statement, ASA said: "As a federation, we will study the new regulations and compare them with the CAS recommendations to see if they are compatible and in line."

"We will further seek support from the Minister of Sport and Recreation, SASCOC, other expert institutions and relevant organisations or individuals, so that we have a full grasp of this matter and how it should be properly handled," it went on.

"Once done, we will then interact with the IAAF. We want to state very clearly that we support all our athletes who may be affected by this new ruling."

The African National Congress (ANC) has reacted to the IAAF&39;s regulations, saying it targets Semenya and is grossly unfair, unjust and blatantly racist.

"The ANC has always understood sport as a unifier and a tool to bring people and nations together. It is for this reason and many that the ANC cannot ignore the attempt by the IAAF to discriminate and exclude athletes. These new regulations infringe on the Human Rights of athletes, targeting mainly those in East Europe, Asia, and the African continent. The racial undertones of this cannot go unnoticed," it said in a statement.

The governing party called on the Court of Arbitration for Sport (CAS) to set aside the regulations, saying it stands with Semenya "in yet another attempt by international sport bodies to exclude and discriminate against her."

The African National Congress Women&39;s League (ANCWL) has released a statement, saying the IAAF "has succumbed to the pressure of haters of Caster Mokgadi Semenya."

According to the ANCWL, the regulations are part of a "concerted effort to please sore racists losers who cannot afford to see a black female South African athletes dominating the world."