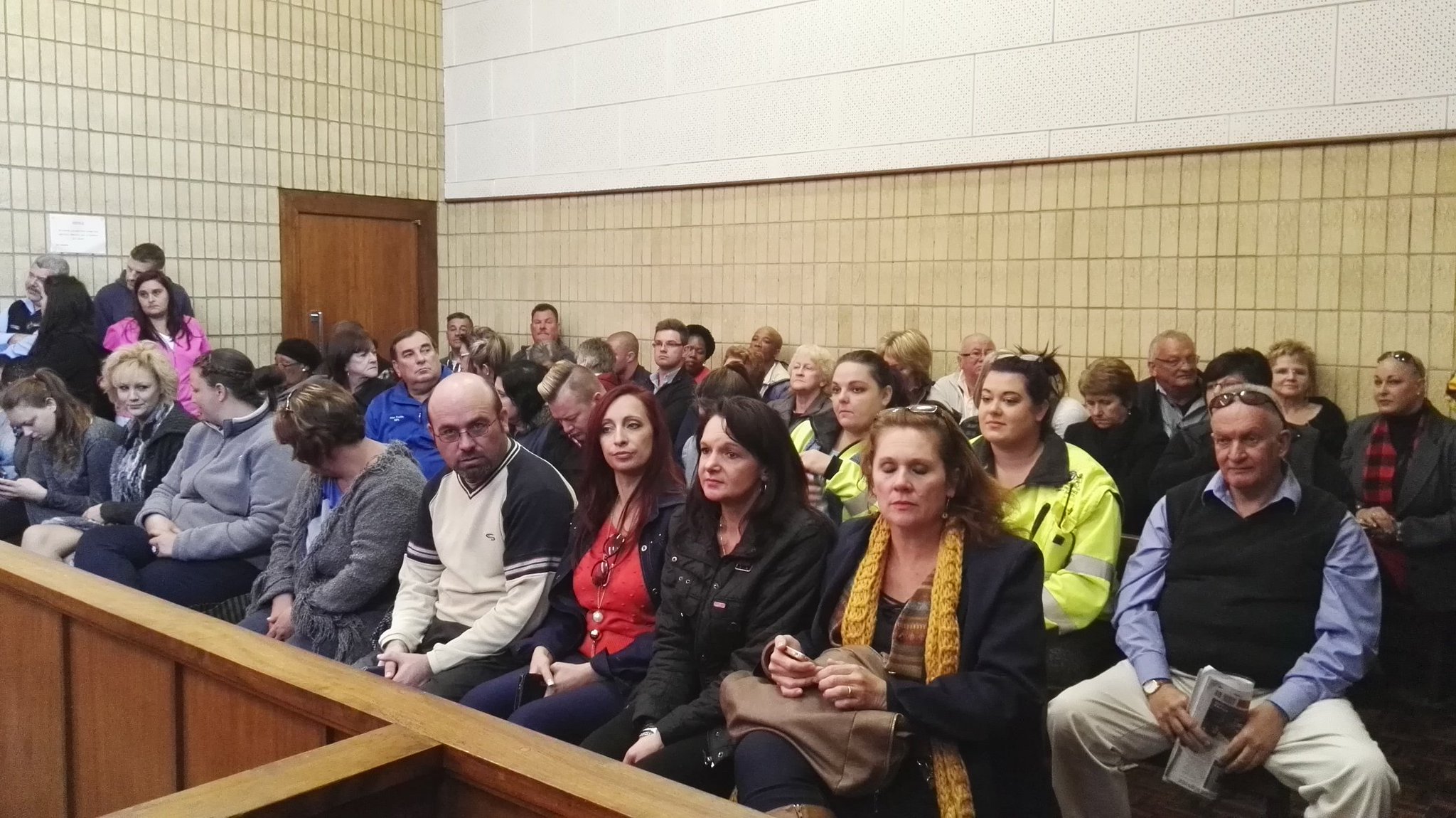 Krugersdorp regional court room fills up with supporters on Monday 6 June 2016. A suspect is appearing in connection with the murder of three Krugersdorp residents.

They each face charges of murder, robbery and theft.

“We’re still investigating and cannot confirm at this stage,” she said.

Defence attorneys for both suspects objected to the media recording proceedings.

KrugersdorpMurder Defence for accused no1 says media in SA publish whatever they want.
He believes client won&39;t get a fair trial.
MV

The magistrate ruled that no media or recordings would be allowed because the case was at an early stage and it was not yet clear if more identity parades would be needed.

On May 10, 2016 the body of Anthony Scholefield was discovered in the boot of his car in the Krugersdorp CBD.

According to community policing forum spokesperson, Pieter Sparks, the 64-year-old insurance broker had a head wound. His body was covered with a black plastic bag.

The deaths mirror each other: the victims were brokers, they sustained head wounds and both their bodies were found in their car boots.

Remax estate agent, Hanlie Lategan&39;s body was discovered on May 31 – the third in a string of murders happening in the Krugersdorp area in as many weeks.

Her body was discovered by school children in a veld.

A large number of people attended the court proceedings on Monday.

The two suspects will remain in custody until June 14 when a formal bail application will take place.