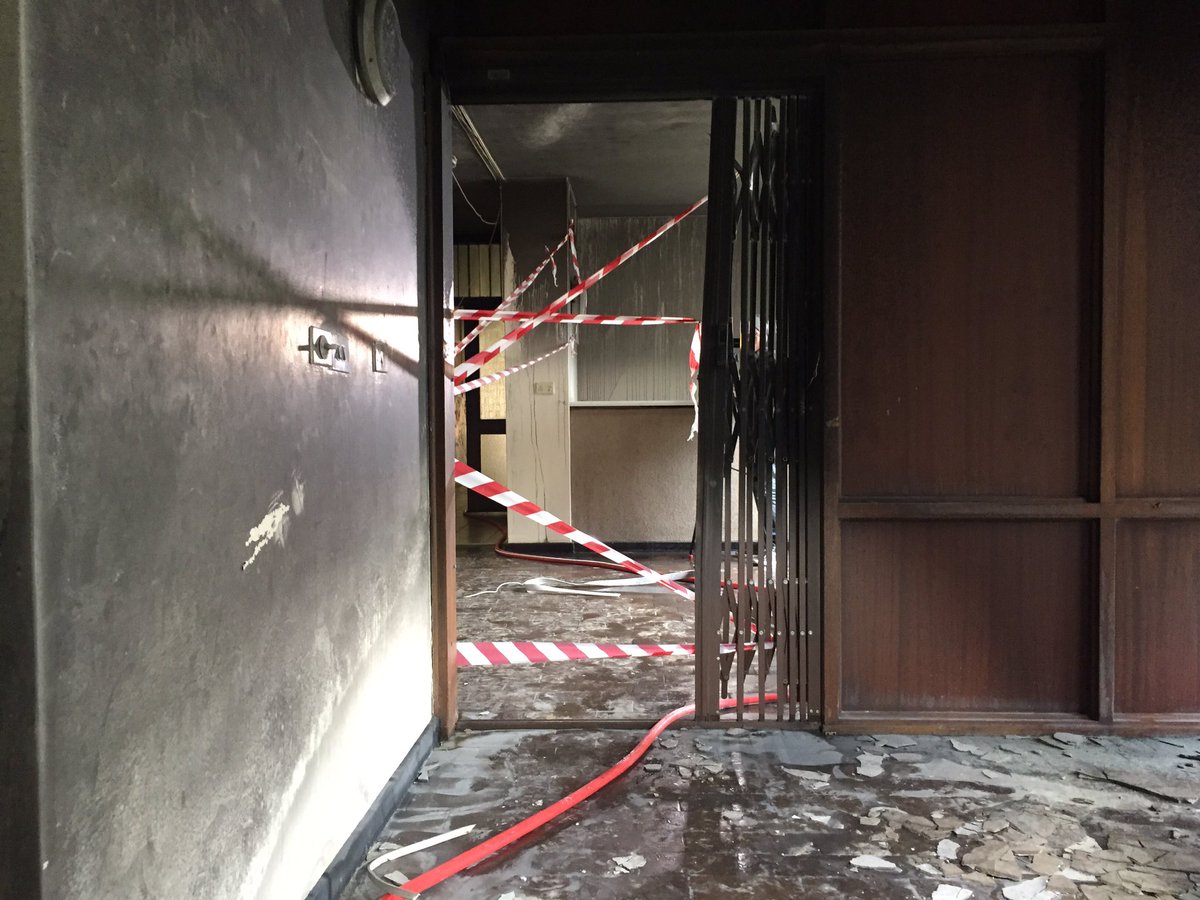 ‎University spokesman Lesiba Seshoka said one of the two arrested was a current student while the other was a former student. They were arrested at the scene.

“The Malherbe A Block TV Room and the Deneys Schriener Lecture Theatre were set alight in the early hours of this morning. Access to the lecture theatre was gained via a rear entrance,” he said in a statement released on Wednesday morning.

Inside the Malherbe residence of #UKZN PMB, after last night's arson attack. pic.twitter.com/Yz7Ft4OZEf

“It is hoped that the arrests are a breakthrough in the investigation into the many acts of arson that have plagued the Pietermaritzburg Campus in recent weeks.”

He said that the university was concerned that a criminal element had infiltrated the campus “under the guise of protest action”.

He said police were being urged to thoroughly investigate the matter and hoped that other arrests would be made.

All campuses remained open on Wednesday, and apart from the arson attack there were protests at the university’s Howard College campus in Durban.

“A fire extinguisher was used to disrupt lectures at the Chemical Engineering building. The EGM Library has been closed. A car has been overturned in the parking lot of Shepstone Building. Some tests and lectures have been disrupted,” he said.

Like other institutions across the country, the university has been plagued by violent protests calling for the abolishing of student fees.