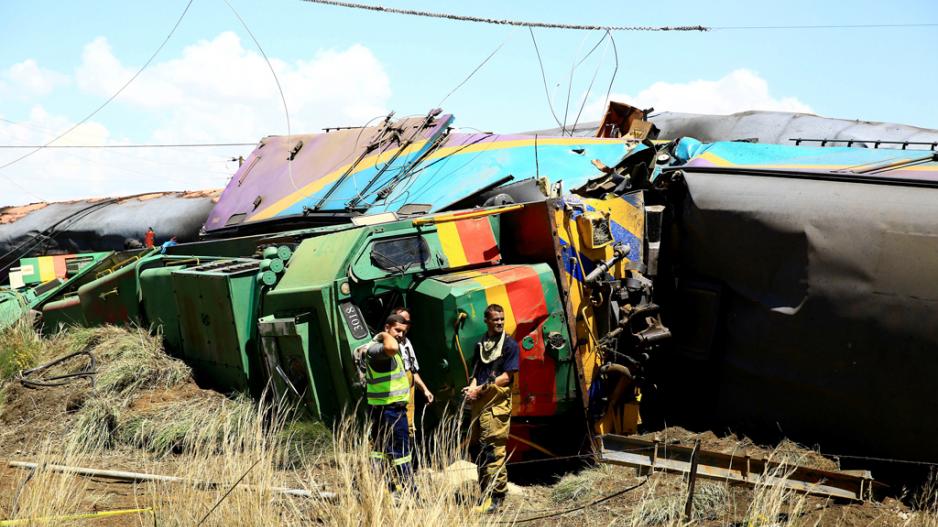 Workers stand next to a wreckage after a train crash near Hennenman in the Free State province, South Africa, January 4, 2018.

Evert du Preez and Mokoni Chaka say they can still remember the screams.

“I saw the train hit the car. I went to the train and saw kids coming out the windows and helped them and took them to the ambulance. I will never forget the screams. It will forever be embedded in my mind,” said Du Preez.

South Africans standing together in the face of tradegy. These two friends, Evert du Preez (12) & Mokoni Chaka (12), describe how they helped rescue people at the TrainCrash.

Chaka said: “When I was there I saw the train hit the truck and there was fire following the train. I heard kids screaming and we helped them out and took them to the ambulance. What I saw was very sad."

At least 19 people died in the collision of the train and a truck, although authorities have not confirmed a final figure.

More than 250 people were injured.

Du Preez&39;s mother, Julie, described how the "explosion" had sounded like a "hard bump".

"We jumped in the cars and came to the scene. It was only dust ... and mothers screaming out of the windows, saying: &39;Take my babies&39;," she said.

"In this first train carriage that was burning one of the mothers threw the babies out of the carriage and my son took the babies. It was twins and he ran to a place of shadow to put them down," she said.

Du Preez described the accident as one the most traumatising events she has experienced.

"It was one of the most horrific and traumatised events I ever saw in my life. There was a mother that was pinned back by one of the seats. As she was pinned down she threw the two children out of the window and two other guys went into the carriage to try and pull [her] away. But the flames overwhelmed her and started burning and [they] had to evacuate the carriage."