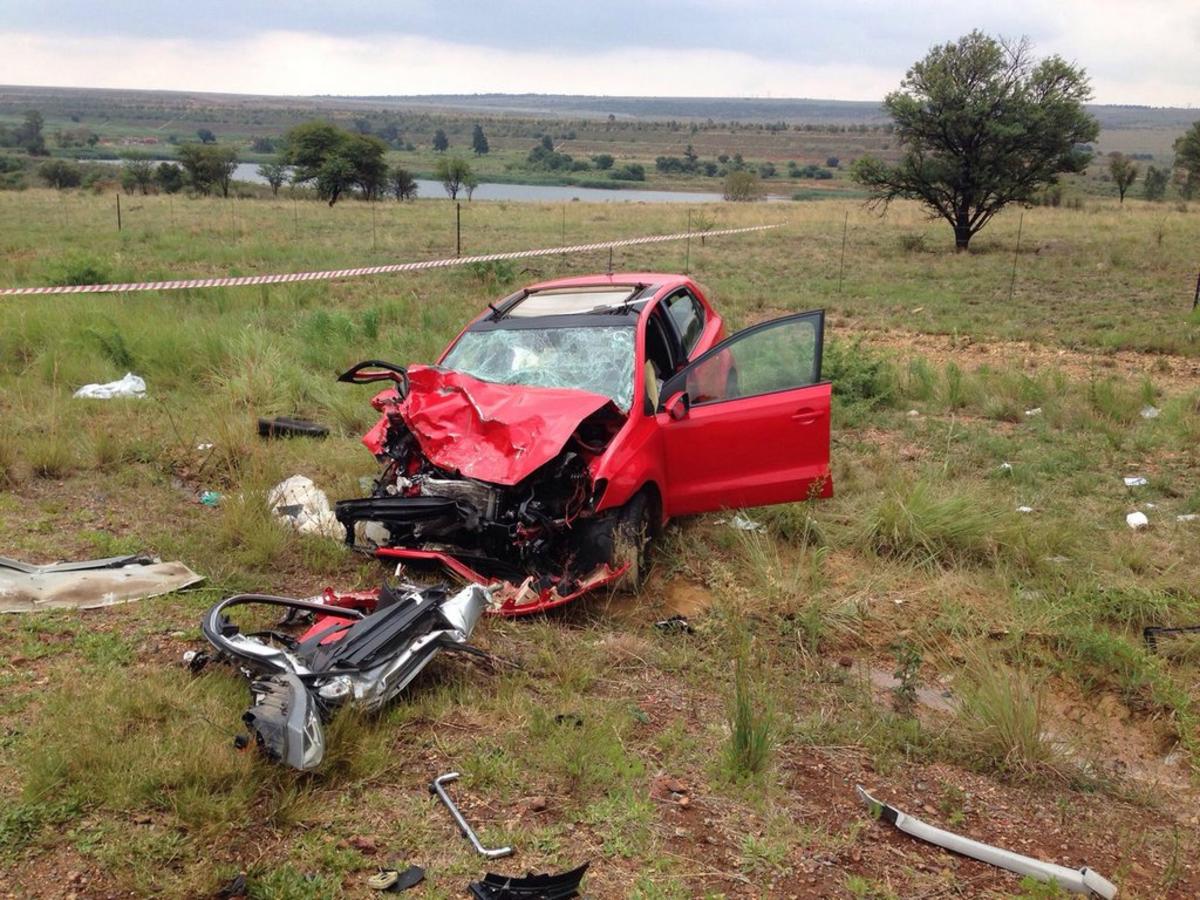 Two people died and four were injured in a head-on collision on the N12 a few kilometres outside Fochville in Gauteng on Saturday afternoon.

FOCHVILLE – Two people died and four were injured in a head-on collision on the N12 a few kilometres outside Fochville on Saturday afternoon, ER24 spokesperson Chitra Bodasing said.

Bodasing said, “ER24 paramedics and Fochville fire and rescue attended to the incident.”

“The badly damaged vehicles that collided head-on were found on the side of the road in the veld. Two people were found trapped in one vehicle. Fire and rescue as well as paramedics worked together to extricate the men,” she added.

On assessment it was found that the passenger was in a serious condition. He was treated for his injuries and transported to hospital. The driver died despite efforts by paramedics to save him.

“Sadly there was nothing paramedics could do for the driver of the second vehicle. He has succumbed to his injuries. Three other men who were passengers of this vehicle sustained moderate injuries. They were treated and transported to hospital,” Bodasing said.