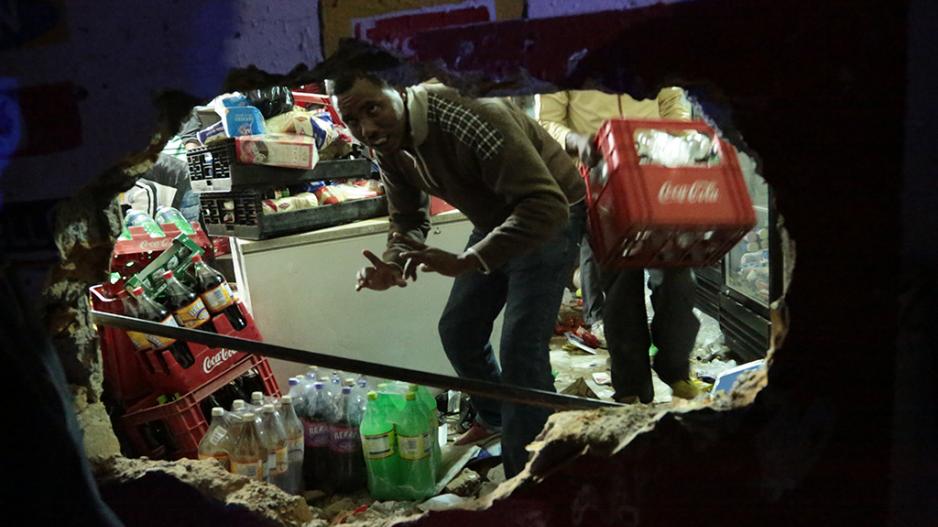 Foreign shop owners in Kagiso, West Rand, flee the area following incidents of looting in Soweto that have since spread to other parts of Gauteng.

JOHANNESBURG - Two people have been confirmed dead in another looting incident in the Gauteng province.

According to the South African Police Services (SAPS), a group of people looted a foreign owned spaza shop in Langlaagte and set another building alight.

Shots were then fired which resulted in two South African citizens being killed.

They found one person dead on the road and another at a nearby informal settlement.

Police are investigating a case of arson and murder.

The looting of foreign owned shops has spread across Gauteng after a week of looting in Soweto a few days ago.

The weekend has seen relative calm in Soweto but the violence has spread to places such as the West Rand and Langlaagte.

So far 178 suspects have been arrested, 83 appeared in the Protea Magistrates&39; Court and 95 to appear in court on Monday.