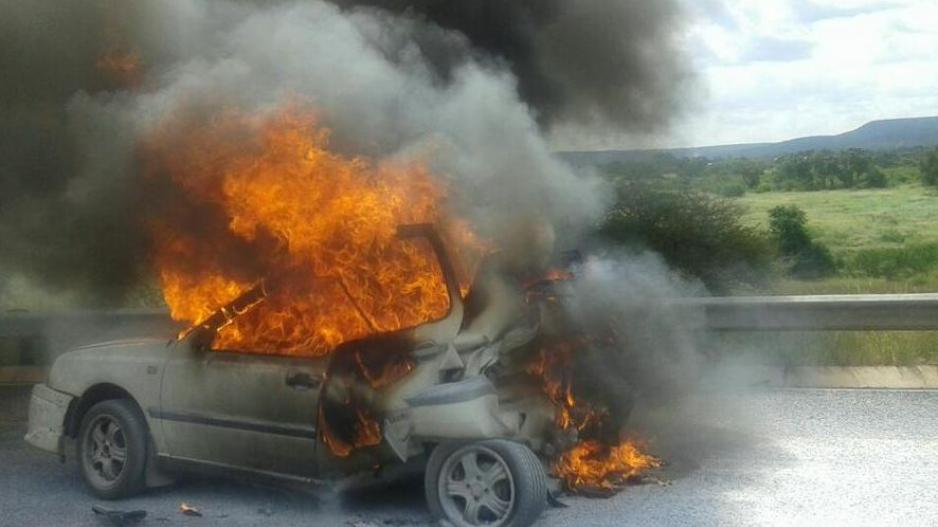 Two people died and two were injured when two cars collided on the N1 near Mookgopong in Limpopo on Friday.

MOOKGOPONG – Two people died and two were injured when two cars collided on the N1 near Mookgopong in Limpopo and one of the cars caught alight on Friday, paramedics said.

“It is reported that a Range Rover hit a VW sedan at a high speed at the back,” Limpopo traffic police said in a statement on the Arrive Alive website.

The VW caught alight and both people in the sedan died. Another person sustained serious injuries and one was slightly injured.

“The road south to north from the Mookgopong to Nylriver is well known for head-on crashes, single vehicles overturning; we are aware of interventions on the road structure and speed calming [measures] to stop this carnage,” the statement said.