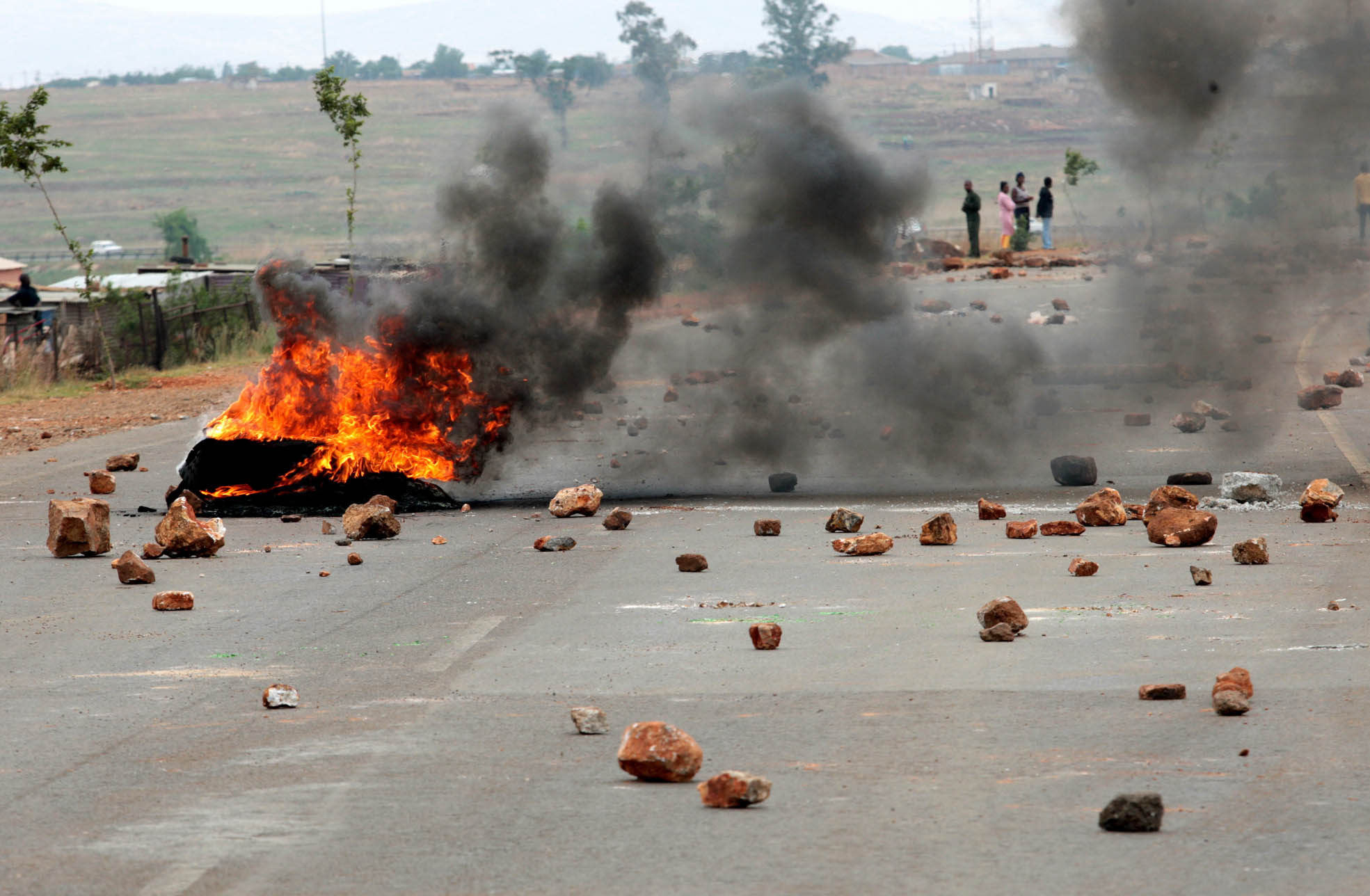 FILE: Residents take to the streets over service delivery. Burning tyres block a road in Palm Ridge on the East Rand, Monday, 12 October 2009 during a service delivery protest.

Brits - Two people have been killed in protest-related unrest near Damonsville outside Brits in the North West.

An ambulance service that was called out to the area has told eNCA that a third person has reportedly been injured.

The protest is believed to be over service delivery.

Further information was not immediately available.

Meanwhile, also on Monday, Kagiso residents took to the streets to voice their fight against mining group Mintails SA.

The community is protesting against blasting in the area, which has been taking place since last year.

They also claim that their homes have been damaged as a result. No injuries were reported during the protest.