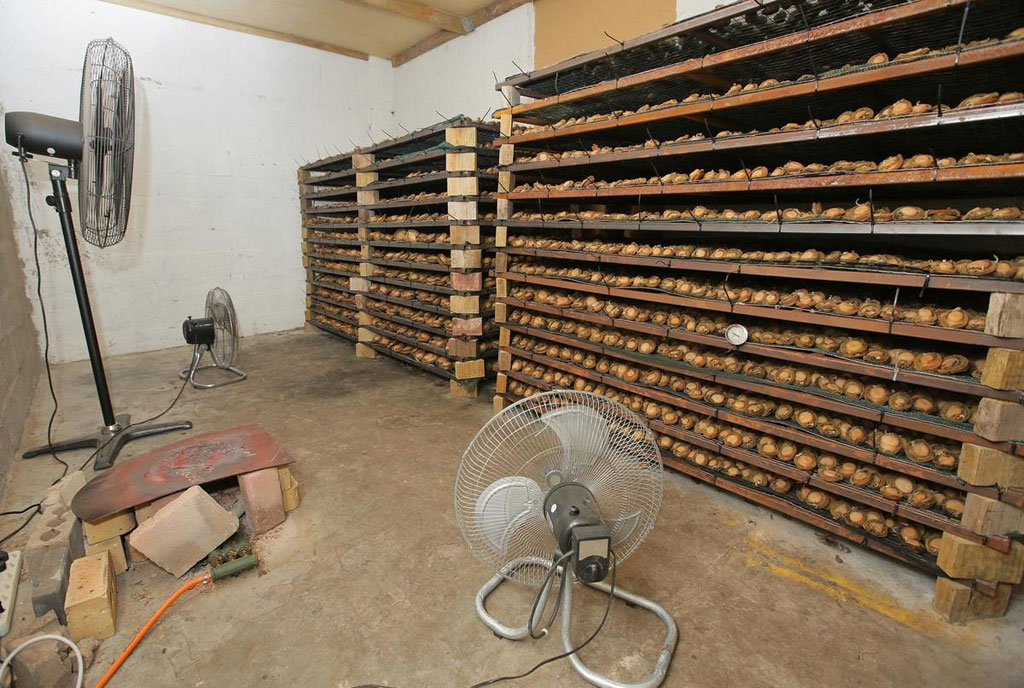 CAPE TOWN – The police in Western Cape have arrested two suspects and seized abalone valued at R9 million during a raid on a smallholding in Langebaan on the Cape West Coast.

“At approximately 7am they entered a warehouse situated alongside Langebaan road where they uncovered an illegal abalone processing facility. Various rooms were found inside the building, including a cooking area, drying rooms, a sorting room and living quarters. Numerous items of equipment used in the cooking and drying process were recovered which included large steel cooking pots, gas burners and cylinders, scales of different sizes, fans, drying shelves and temperature meters.” Police spokesperson Constable Noloyiso Rwexana said.

Members from the Western Cape Provincial Organised Crime Unit, the Cape Town K9 Unit and officials from the Department of Agriculture Forestry and Fisheries, responded to a tip off about alleged illegal activity on a small holding on the outskirts of Langebaan and proceeded to investigate. Rwexana said that upon further investigation the members also found another three rooms that were being equipped as hydroponic laboratories.

“Various lights, reflectors, fans and other items of equipment were seized. At the rear of the building a hothouse was found in which various dagga plants were growing. 37,936 units of dried abalone and five units of wet shucked abalone weighing 2,1850 were seized; it is estimated to over R9 million street value.”

Two Chinese nationals, aged 31 and 35 years old were found on the premises and arrested. The suspects were expected to appear in the Hopefield Magistrates Court on Tuesday 19 April on charges under the Marine Living Resources Act.