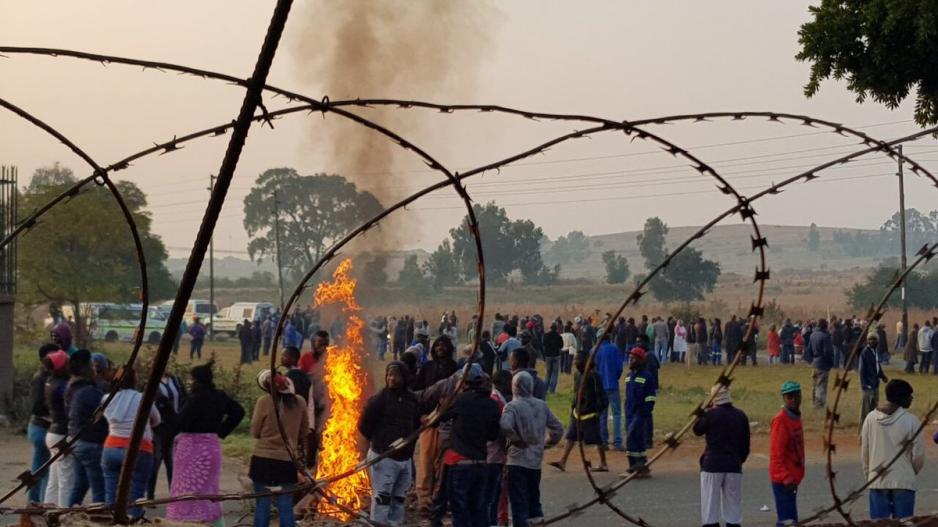 Clean up operation underway. #Itereleng the road is being cleared. pic.twitter.com/vEoKtDOGmN

#Itereleng police have managed to bring normality to the situation at this intersection where protests took place earlier. pic.twitter.com/3DSujfuKNZ

He said police cordoned off the R55 between Maunde road and First Avenue, the entrance to Laudium.

“We urge motorists to use alternative routes. The Tshwane metro police and SAPS are monitoring the situation.”

Mahamba added that there were reports that a man died but could not confirm the death.

Earlier, residents blocked the roads with rocks and stones and burnt tyres.

Iterileng residents are demanding electricity be installed in their homes.

Water metres have been broken and a house in the neighbouring suburb of Laudium has been stoned.

“We would have to establish what the residents are protesting for, but it is believed to be about service delivery,” Mahamba said.

He said some residents in the area were prevented from going to work.

Police were monitoring the area.