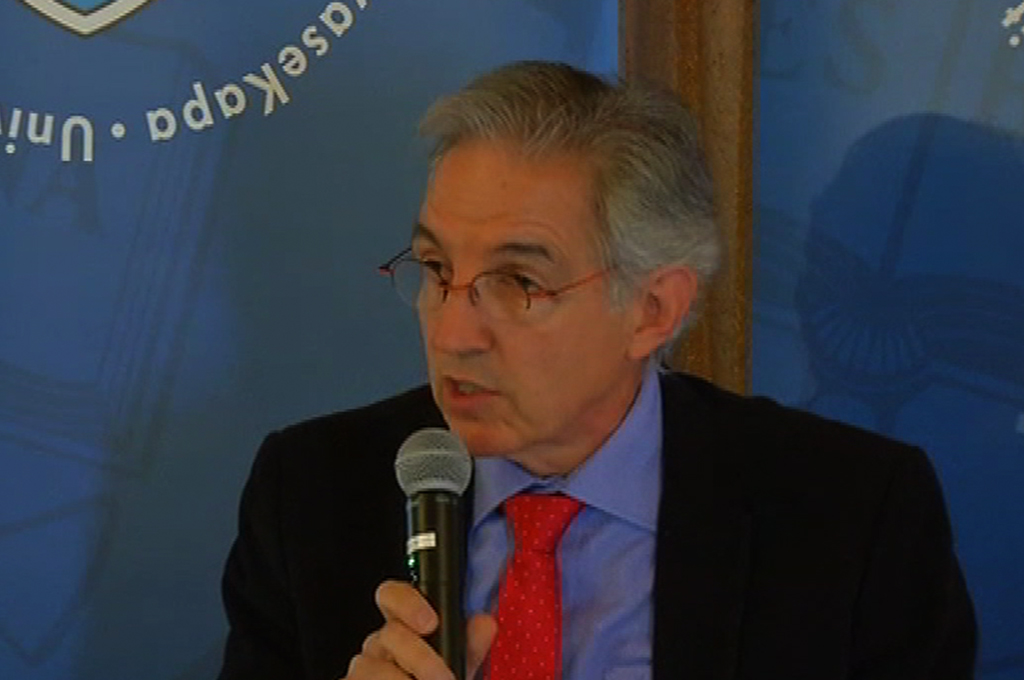 CAPE TOWN - University of Cape Town Vice-Chancellor Dr Max Price has been punched by a group of protesters.

Members of the South African Police Service had to step in to escort Price away from a meeting on campus.

Officers were later forced to use stun grenades as the pushing escalated.

Price will be laying a charge once the individuals are identified.

"Vice-Chancellor Dr Max Price and two members of the University of Cape Town executive met with a group of protesters outside the Bremner building on lower campus," said UCT media manager Patricia Lucas.

"After engaging with the group, Dr Price wished to leave as he was due at another meeting. He explained this to those around him.

"Unfortunately, some of the protesters encircled him and started pushing and pulling him.

"Dr Price attempted to walk away when he received two punches to the body."