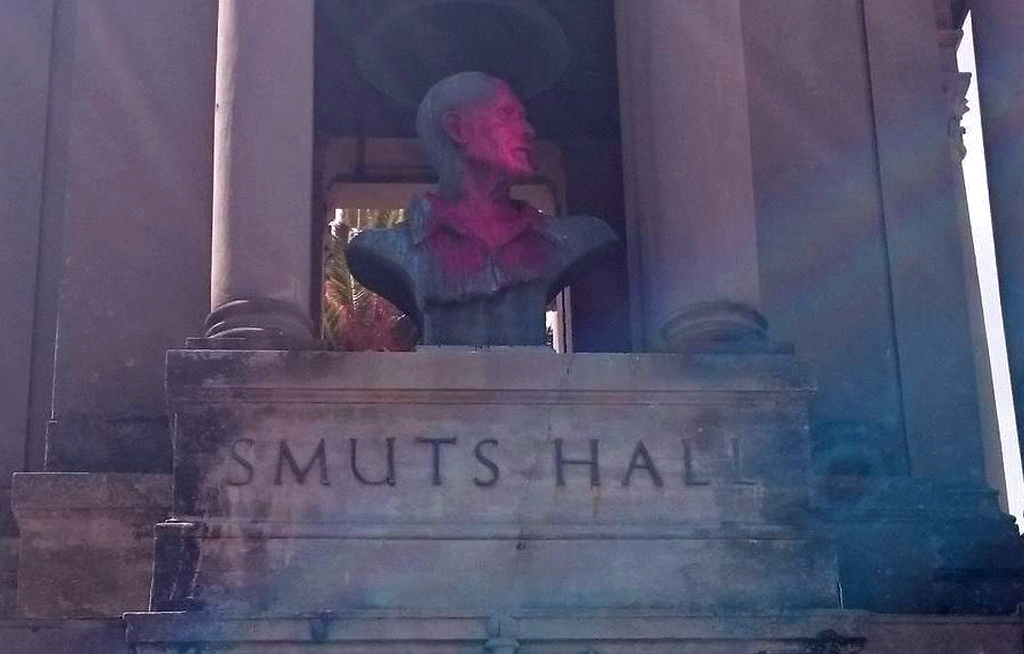 15 February 2016 - The bust of Jan Smuts at Smuts Hall on UCT's campus has been spray-painted red by protesting students during the Shackville movement over lack of adequate student accommodation.

JOHANNESBURG - A new wave of vandalism has hit the University of Cape Town (UCT) and this time students have spray-painted the statue of Jan Smuts at Smuts Hall.

The bust of Mrs Barnard Fuller at Smuts&39; sister residence, Fuller Hall has also been vandalised.

The campus is currently the site of a new movement, dubbed Shackville in protest over the lack of accommodation for students.

The protest, led by the Rhodes Must Fall Movement, alleges that black students in particular are suffering from the shortfall, while students from overseas are given priority.

RhodesMustFall at UCT, where 1st years from outside province are allegedly experiencing accommodation problems. pic.twitter.com/LRwT2x2pbB

A corrugated iron and wood structure was erected on UCT&39;s upper campus.

Protesters brought beer crates and a braai stand to cook food next to the makeshift shack at the bottom of the Jameson steps.

The FreshersBraai2016 Shackville the mass meeting has started letting people know why we put a shack on campus pic.twitter.com/bz6ScHQGUV

Stay on the other side of the fence and continue to send your emails. Shackville pic.twitter.com/1OVXszEasi

"This institution has been built on the backs of Black bodies" Shackville RhodesMustFall @RhodesMustFall pic.twitter.com/CMUa2H3IfC