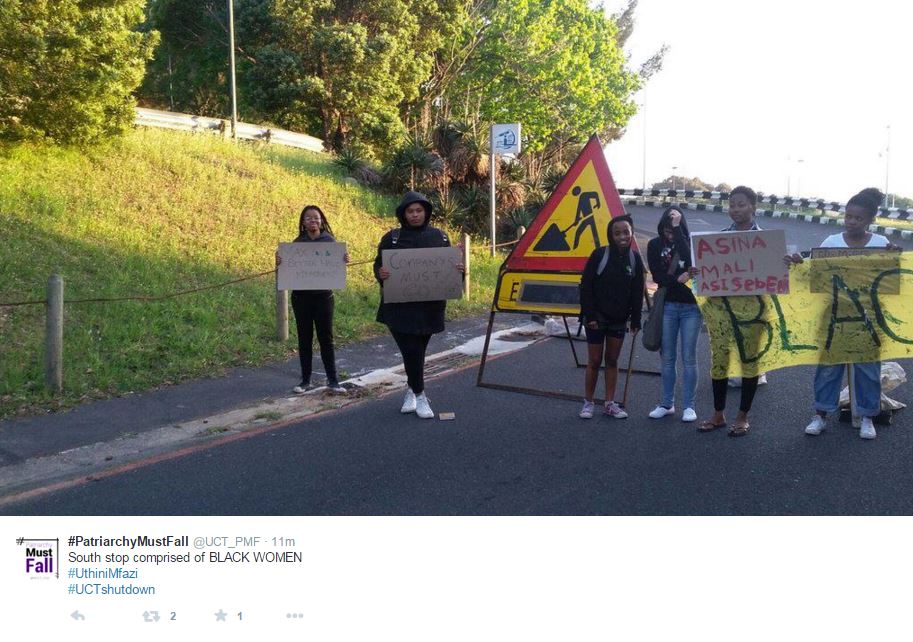 Lectures for the day have been cancelled at UCT as students are protest about fee hikes and the outsourcing of services, saying they are paying for the outsourced services.

CAPE TOWN – All lectures at UCT have been cancelled for the day, the university has announced.

The cancellation of lectures comes as students have barricaded various access roads to some of the campuses, preventing staff and other students from attending classes and work.

“All lectures, academic and other operation on UPPER CAMPUS, MIDDLE AND LOWER CAMPUS at the University of Cape Town have been suspended for today, Monday, 19 October 2015,” said a statement from the university.

“We believe this situation presents a threat to the safety of staff and students. The decision serves to prevent an escalation and to allow us to do the work to bring the university back to safety and normal operation,” read the statement.

UCT students are protesting about fee hikes and the outsourcing of services, saying they are paying for those outsourced services.

Various groups along with march organisers met this morning with UCT management and a march was scheduled for Monday.

The chair of council, acting vice-chancellor, the executive and the deans agreed to cancel classes.

The Hiddingh Campus, Health Sciences Campus and the Graduate School of Business remain open as usual.

Classes suspended at UCT as a result of the protest by students @TheCapeArgus feesmustfall pic.twitter.com/tMRxewJVeH

There is nothing more powerful, urgent & absolutely legitimate than the call that FeesMustFall. To all SA students, we 100% behind u Kubo