UCT students plan to 'shut down Parliament' in NationalShutDown 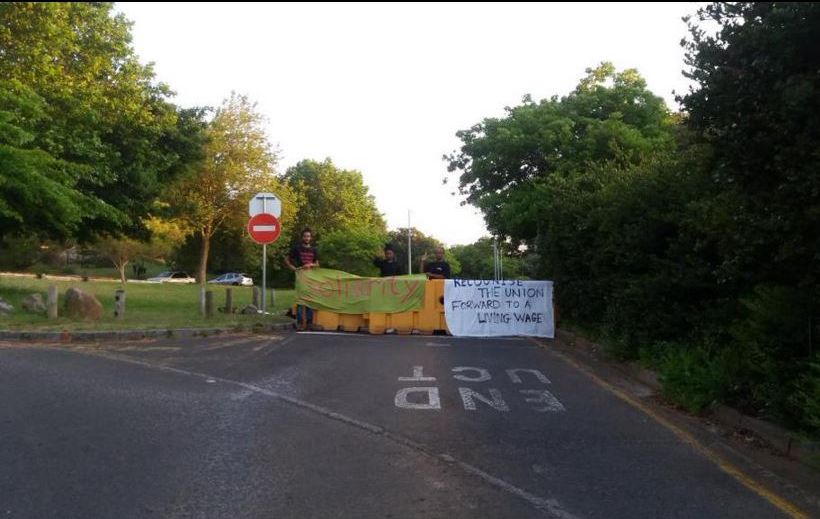 Lectures for the day have been cancelled at UCT as students are protest about fee hikes and the outsourcing of services, saying they are paying for the outsourced services.

JOHANNESBURG -- University of Cape Town students are planning to "shut down parliament."

This ahead of Finance Minister Nhlanhla Nene&39;s mid-term budget  which he is scheduled to deliver at 2pm.

Shuttle buses filled with protesters left UCT just after 11am. Passengers told  on-scene reporter Annika Larsen that they were heading to parliament.

Student Fomisa Nqele said, "we can now confirm that we have mobilised two institutions here in Cape Town - University of Cape Town and Cape University of Technology - to head to parliament and occupy parliament."

Students from Stellenbosch, who have also been protesting, are also planning to be at parliament.

"We are mobilising students from Stellenbosch to get there as well before 2pm. We know that there is a house sitting at 2pm for budget," said Nqele.

Riot police are here and all up in gear standing manning gates of Parliament FeesMustFall pic.twitter.com/6kiujQYlYP