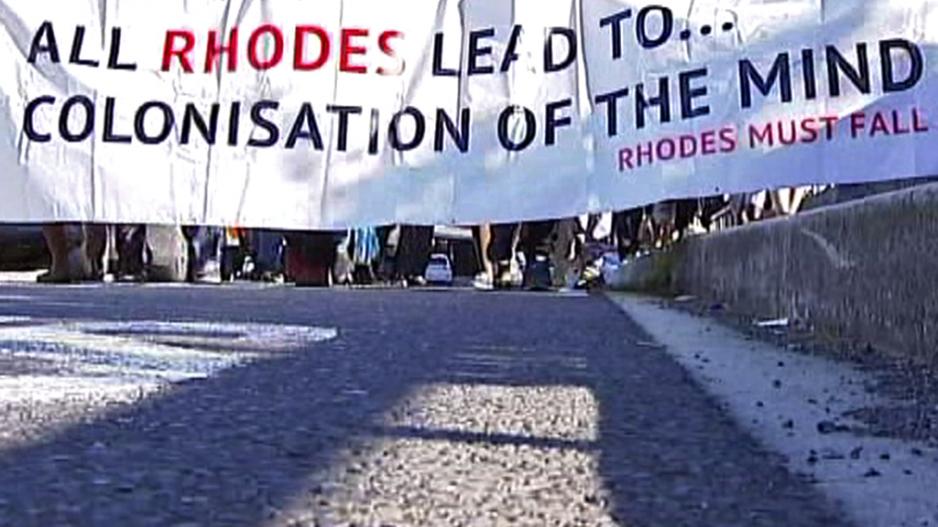 Cape Town, 09 April 2015 - For a month students marched across the UCT Campus demanding the removal of the Rhodes statue. On Thursday at 5pm they will get what they asked for.

CAPE TOWN - After a full month of student protests, ranging from marches to covering the statue in excrement, Rhodes finally falls today.

On Wednesday night, a UCT Council special sitting voted unanimously to remove the monument as soon as possible.

The bronze of Cecil John Rhodes was the first statue to be targeted by protestors in a recent spate of forced removals and vandalism of colonial monuments across the country.

The Rhodes statue, which stands at the steps of the University of Cape Town, is the first of these monuments to be officially removed onThursday afternoon.

Officials have received a temporary permit to put the statue in a storeroom for safekeeping.

UCT will have to apply to the Heritage Council before it removes the statue on a permanent basis.

Earlier on Thursday, during a test run, workers ensured the statue was no longer bolted down to its foundations.

As students gather to celebrate their victory against a monument of colonialism, The University of Cape Town is engaged in preparing the Rhodes statue for removal.