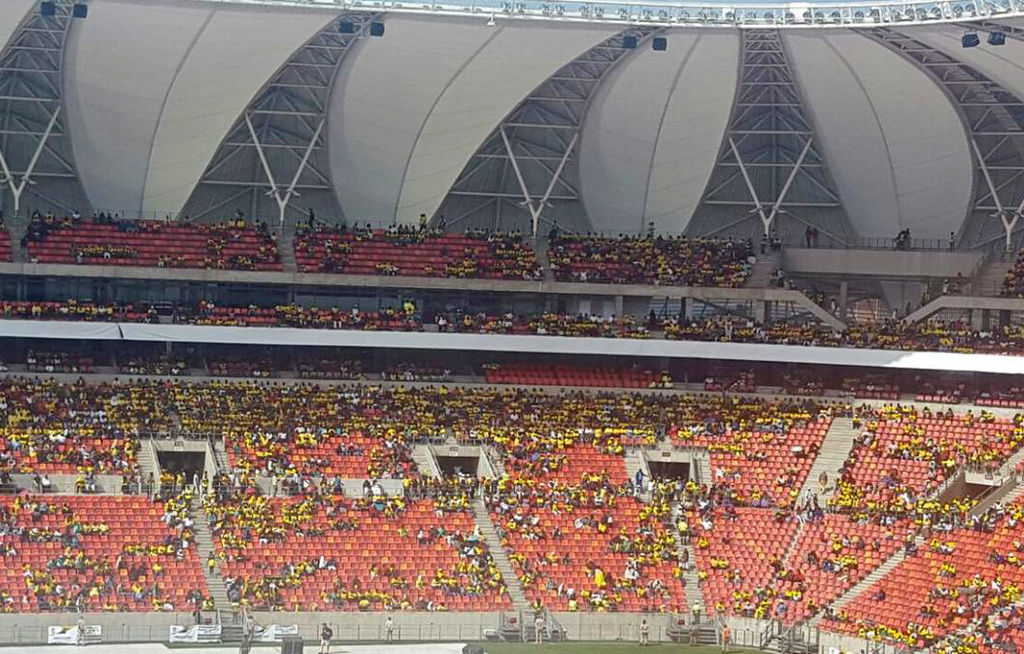 16 April 2016 - Numerous seats were empty in the Nelson Mandela Bay Stadium as President Jacob Zuma delivered his speech at the launch of the ANC's local government elections manifesto.

“The people that have entered and have been recorded are more than 42,000. There are many people here. There are many buses that have arrived. Ten buses. Some taxis have gone to the townships to fetch more people who are coming to join us,” ANC national chairwoman Baleka Mbete said to loud cheers by the ANC faithful.

But numerous seats remained unoccupied as Zuma began his address. On Friday, ANC secretary general Gwede Mantashe said the launch would be a “grand event” with the 46,000-seat stadium and overflow areas filled to the brim.

“Since the beginning of the week, supporters, members, and leaders of the ANC have been involved in an intensive mobilisation campaign, talking to our people and encouraging them to be part of the 100,000 people-strong contingent expected at the stadium on Saturday,” said Mantashe.

It&39;s just passed 13h00, despite the programme being way behind schedule, entertainment is being dished out. ANC pic.twitter.com/Va7hiexA2S

“In our interaction with people, they continue to demonstrate their utmost confidence in the ANC, while acknowledging weakness and challenges in some areas. If we continue at the pace we have started, I’m sure we will gain some few wards that we didn’t control after the 2011 elections.”

Mantashe said people wearing T-shirts that were “offensive or insulting” would not be allowed into the stadium. He was confident the ANC would fill the stadium.

“The Nelson Mandela metro region alone has more than 40,000 people confirmed to attend the manifesto rally with the balance expected from neighbouring regions in the province. People are enthusiastic, they are coming to the manifesto launch,” said Mantashe.

“More than 1,000 buses and 600 taxis will ferry supporters from across the province. Other provinces have committed to send buses here.”