Unions host rallies to reach workers on May Day 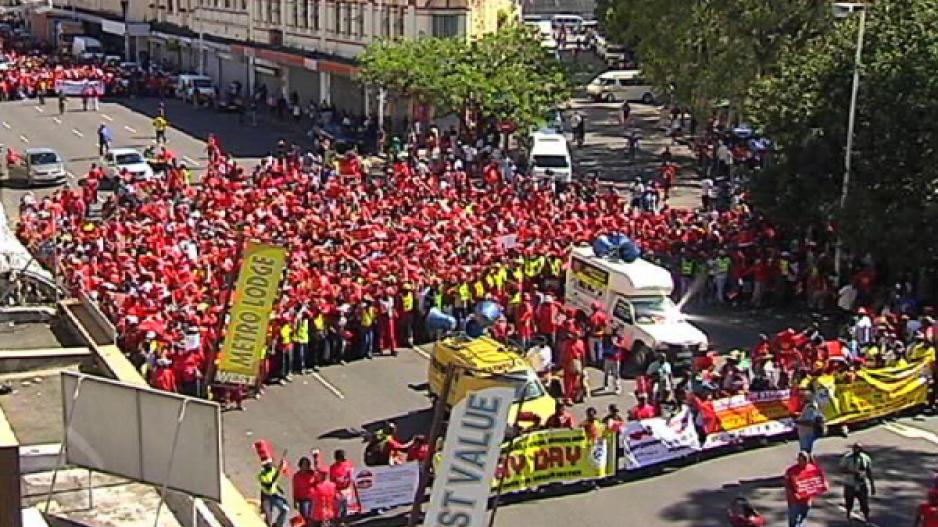 Numsa and Zwelinzima Vavi's rogue union marched through Durban, competing with Cosatu's May Day march on 1 May 2015.

JOHANNESBURG - Sunday is May Day, the day traditionally focusing on workers and their interests.

Cosatu says it will host a number of rallies around the country.

This follows a decision by the union federation to centralise celebrations to reach workers in all corners of the country.

The union&39;s national event will be held in Mamelodi in Pretoria and will be addressed by President Jacob Zuma.

The theme is celebrating 30 years of defending workers&39; rights and jobs.

The National Union of Metalworkers of South Africa will be holding a rally in Mehlareng Stadium in Tembisa.

The union says they will use the rally to launch a Jobs Campaign that will unite workers across all sectors of the economy.