Universities hit back at students with interdicts FeesMustFall 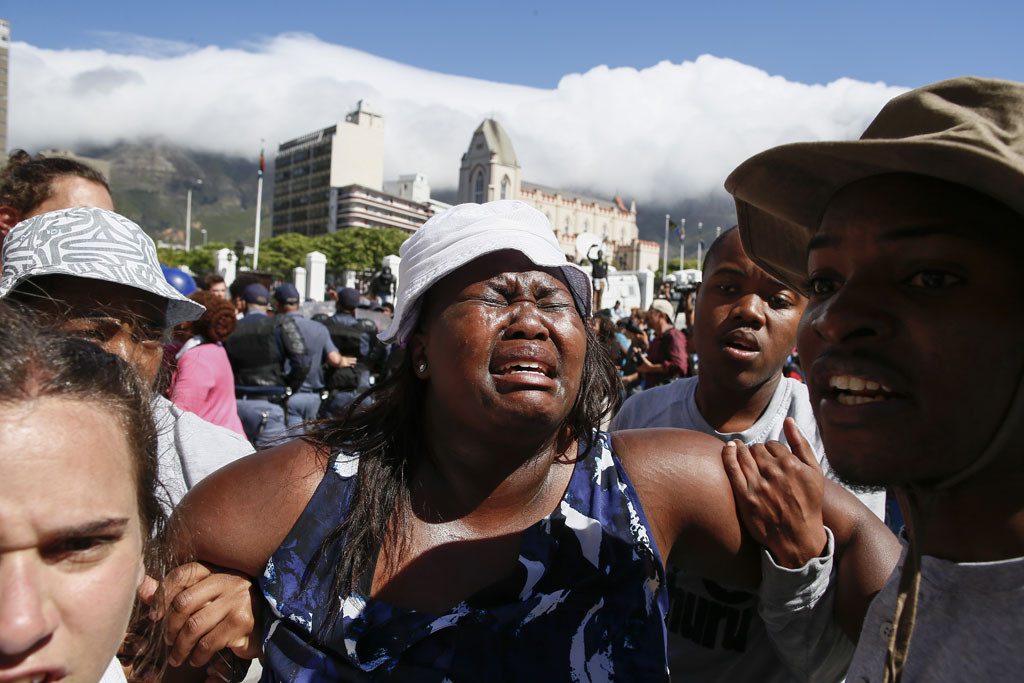 An injured student is helped during clashes with police in the parliament precinct, Cape Town, South Africa, 21 October 2015.

JOHANNESBURG – Cape Peninsula University of Technology (CPUT) is the latest institution to interdict its students as the FeesMustFall campaign gains momentum across the country.

In a statement, the university said it “was successfully granted a court order against no-fee protesters who have caused substantial damage to institutional property.”

The court order details that:

1.       That students should immediately remove any barricades from entrances and exits at our Cape Town, Bellville and Athlone campuses

2.       Staff and visitors who were forced to leave their vehicles at Cape Town campus will be allowed to retrieve their cars

3.       Any person who damages or destroys university property or harasses and intimidates an employee or student shall immediately be removed.

4.       Finally any person who disturbs the normal working operations of the university like classes, tutorials, exams or graduations shall also be immediately removed.

Students, according to the statement, have until 9am on Thursday to argue why the court order should not be made final.

The university’s move follows that of various other institutions that have sought court interdicts against protesting students.

On Monday, the University of Cape Town (UCT) released a statement saying it had been granted an interdict by the Western Cape High Court against students.

It banned students from protesting and disrupting activities at the university.

However, despite the interdict, students remain resolute continuing with their demonstrations.

Stellenbosch University also sought court intervention to deal with the thousands of students protesting at their university.

It was granted a court interdict to evict protesting students from one of the administration buildings, which the students have renamed "Winnie Mandela House".

At the University of Free State (UFS) a court order has outlined that, among other things, students are “prohibited from doing anything which directly or indirectly obstructs, impedes, disrupts, postpones, delays or interferes with any tests or examinations processes and/or the orderly academic education, administration and ordinary student activities of the applicant and/or blockading entrances, roads and buildings and/or damaging any property situated on the applicant’s campuses at Bloemfontein, Vista and QwaQwa regardless who the owner might be.”

However, students from across the country at universities including UCT, CPUT, Wits, Rhodes, North West University and University of Limpopo are forging ahead with more planned protests over 2016 fee increases.