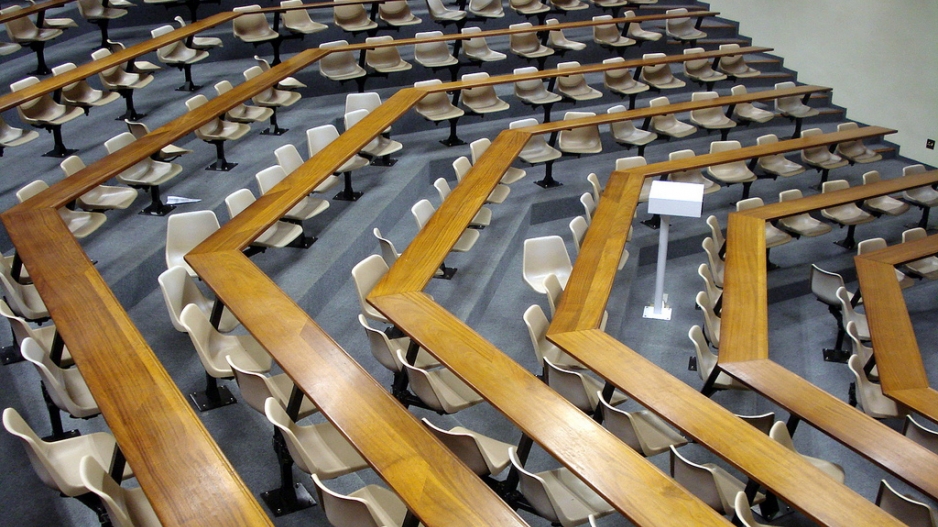 FILE. Inside the Leslie Social 2C lecture theatre at the University of Cape Town, which seats 241 students. The white box on a stand is the screen projector.

JOHANNESBURG - The University of Johannesburg (UJ) on Tuesday held a discussion on transformation through "decolonising" South Africa’s education curriculum.

Various arguments from education experts and students were tabled. UJ Student Representative Council’s Tshepo Moloi argued that in order for the education system to be "decolonised", the curriculum needed to reflect the struggles of black African students.

"We are saying there is nothing wrong with the current discourse that is being taught, but all we are saying is that we want to see ourselves in these degrees we are lectured on," said Moloi.

READ NEXT: We can study and struggle at the same time - Nzimande

"Very few countries have taken steps to indigenise and normalise the idea of African languages as languages of instruction. That is what needs to happen in order for decolonisation to begin," said Segobye.

Meanwhile, UJ Professor at the Department of Communication Studies, Nyasha Mboti said colonisation and decolonisation was a "non existent" theory.

"Colonisation and decolonisation is a fiction just like the movie, The Matrix. It simply does not exist," said MbotI.

Mboti said in order for the two theories to exist, “colonists” needed to tell the “truth” about how they took over Africa.
UJ Pan Africanist Student Movement of Azania interim chairperson Mokgweetsi Keikabile said: ”Decolonisation of the curriculum cannot be seperated from decolonising society. If the process of decolonising begins, then land must be brought back to rightful owners also,” said Keikabile.

"South Africa is a country that still subscribes to colonial structures such as Marxism so it will be very difficult to decolonise a university without starting from the top," Nyathi said.

Nyathi said the process of transforming education needed to start in parliament where laws of "white monopoly capitalism" still existed.

"This is just a talk. They want students to forget about real issues, but if decolonisations happens, it will take 20 more years," said Nyathi.

Moloi said conversations on change needed to include students in order for the process to be effective.