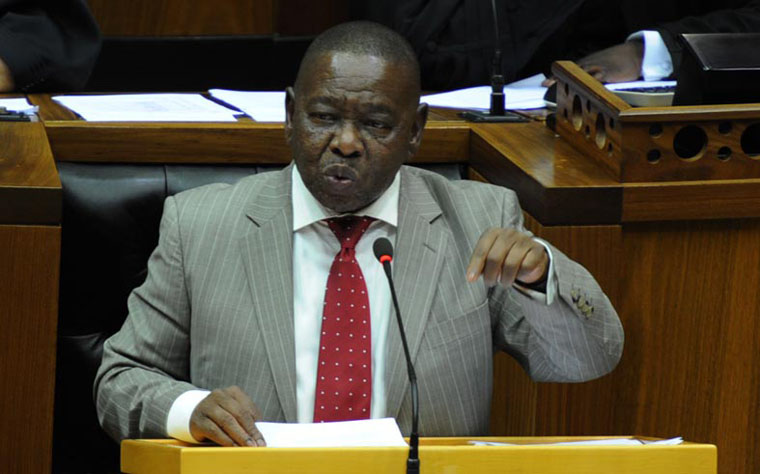 Minister of Higher Education and Training Blade Nzimande speaks during the State of the Nation Address debate in Parliament.

He said these unallocated amounts contributed to students failing to receive financial aid.

In some instances universities had not spent the money allocated to them, but only notified National Student Financial Aid Scheme (NSFAS) of this late in the financial year.

“It is unfathomable that while 8.2 million South Africans are without work, or having given up looking, young people are being denied opportunities to study because the Department cannot get the available  funding available to those who need it,” said Democratic Alliance shadow Minister of Higher Education and Training, Professor Belinda Bozzoli.

Nzimande said that from NSFAS amounts set aside for grants in the form of allocations, including loans and bursaries, more than R650-million was unutilised for the current year ending in March.

He said this made it impossible to fund other students, as the academic year would already be midway through its cycle.

The minister said a new student-centred model was being explored, wherein money would be allocated directly to a student instead of the institution.

Professor Bozzoli said the department "should account for itself in justifying the gigantic amount of unutilised NSFAS funds."

“Minister Nzimande should also present to Parliament a detailed report on how the new student-focused allocation system will improve on the current one. Prospective students can no longer be excluded from higher education institutions due to the inefficiency of NSFAS and the Department of Higher Education.”