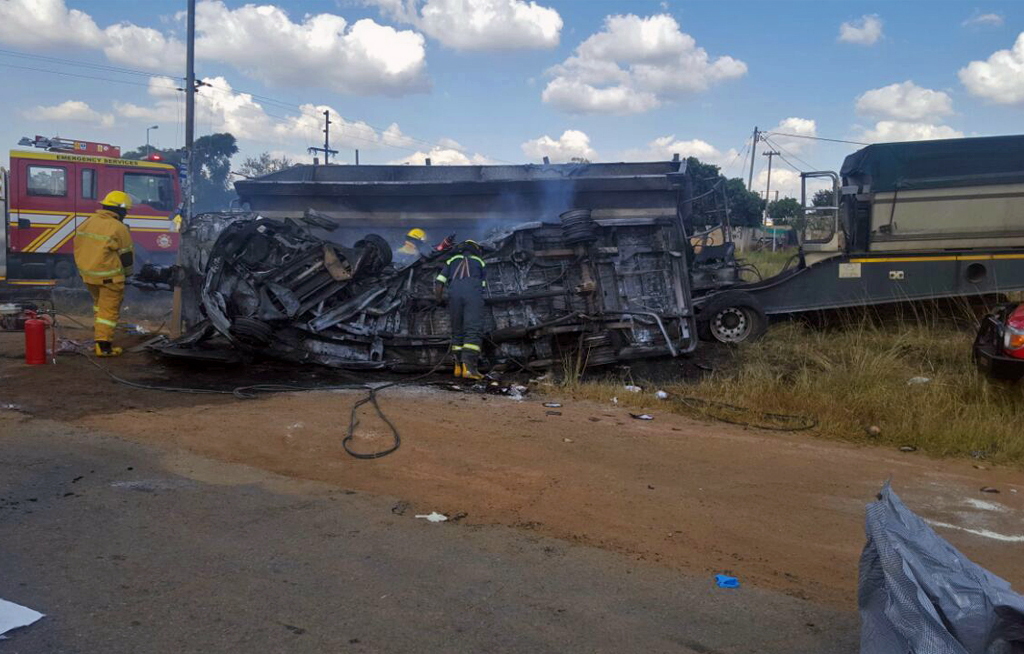 21 April 2017 - Up to 20 school children were killed when a taxi collided head-on with a truck on the R25 between Bronkhorstpruit in Gauteng and Verena in Mpumalanga.

JOHANNESBURG – Eighteen schoolchildren and two adults on board a minibus taxi were killed when their vehicle collided head-on with a truck on the R25 between Verena and Bronkhorstpruit on Friday.

The taxi burst into flames, and most of the children were trapped inside.

ER24 spokesperson Russel Meiring said fire services had managed to extinguish the burning vehicle, which was found lying on its side.

"Unfortunately, nothing could be done for the children and they were declared dead on the scene," Meiring said.

Meiring said several other children were found at the scene. It&39;s believed these children had been pulled out of the taxi by members of the community.

Gauteng Education MEC, Panyaza Lesufi later confirmed that the seven survivors were taken to hospital, with two of them reported to be in a critical condition.

The cause of the collision has not officially been declared, but it appears as though the taxi miscalculated a turn and crashed into the truck outside Bronkhorstpruit, north of Pretoria.

"It’s quite clear from the scene that some of the bodies will need special DNA tests for them to be verified because of the nature of the accident," Lesufi told eNCA.

He said government would assist with funeral arrangements and provide counselling and support to the affected familes.