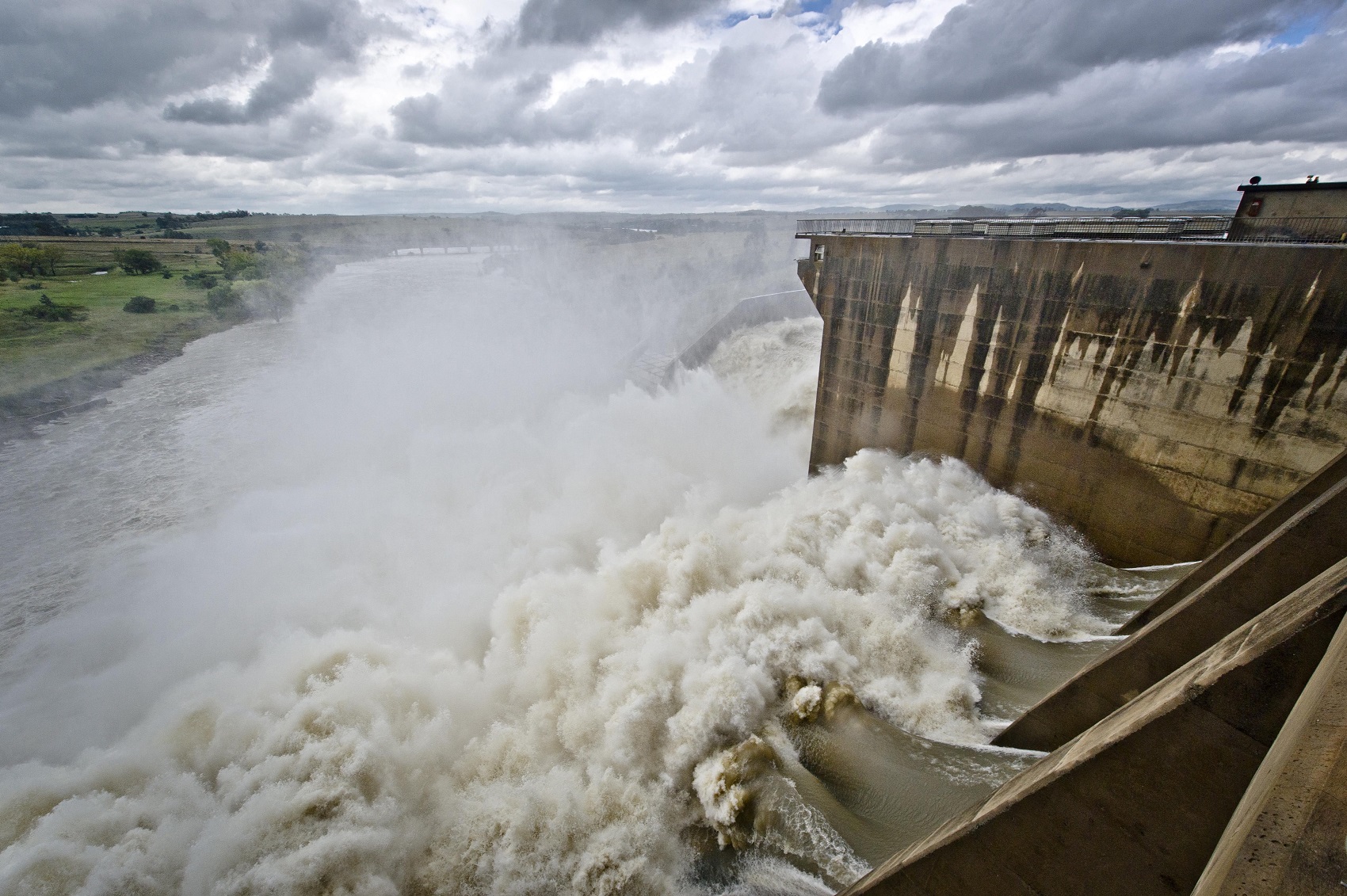 A general view of rising water at the Vaal Dam on March 11, 2014 in Johannesburg.

JOHANNESBURG – Water and Sanitation Minister Nomvula Mokonyane has opened two sluice gates at the Vaal Dam and issued a flood warning in preparation.

This week the Vaal Dam's levels exceeded 85 percent – the highest they have been in two years.

On Sunday afternoon, the event drew crowds of people.

Another angle of the #vaaldam gates being opened. Levels have reached 100% pic.twitter.com/uEbwEX0Cmf

Mokonyane told gatherers: "I trust the lessons learnt on responsible water use will become a norm and a way of life for us all."

"This in line with our assessments that a full recovery from the drought will be seen in two to three years' time."

Dam levels across the country have fallen dramatically over the past year as a result of the drought.

#VaalDam is only 1 of 14 dams in the #Vaal river system - we still need to #SaveWater - #WaterShortage problems are far from over https://t.co/l5WTgTw85C