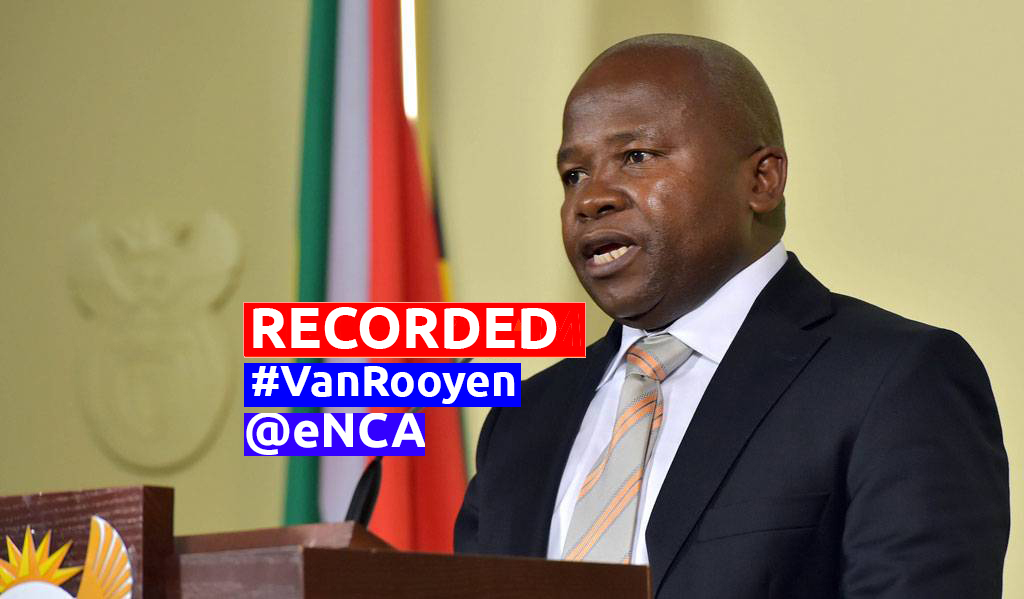 Minister of Cooperative Governance and Traditional Affairs David van Rooyen addresses the media in Pretoria for the first time.

This live stream is now over. Watch the recording in the gallery above.

JOHANNESBURG – The new Minister of Co-operative Governance and Traditional Affairs David van Rooyen addressed the media in Pretoria on Tuesday.

It was Van Rooyen’s first media briefing since his appointment to that portfolio on Sunday.

Van Rooyen was moved to the post after just four days as finance minister.

The SA Municipal Workers Union (Samwu) has already raised questions whether the former mayor of Merafong municipality is fit for his new job.

In a statement Samwu said: “Minister Van Rooyen is no stranger to local government. He was head of the South African Local Government Association (Salga) in the North West and former executive mayor of the Merafong municipality – a history which is of great concern to us. He was not able to effectively run one municipality and now has been tasked as the general overseer of all municipalities.”

Van Rooyen, as the new co-operative governance minister, is now in charge of all the country’s 278 municipalities.