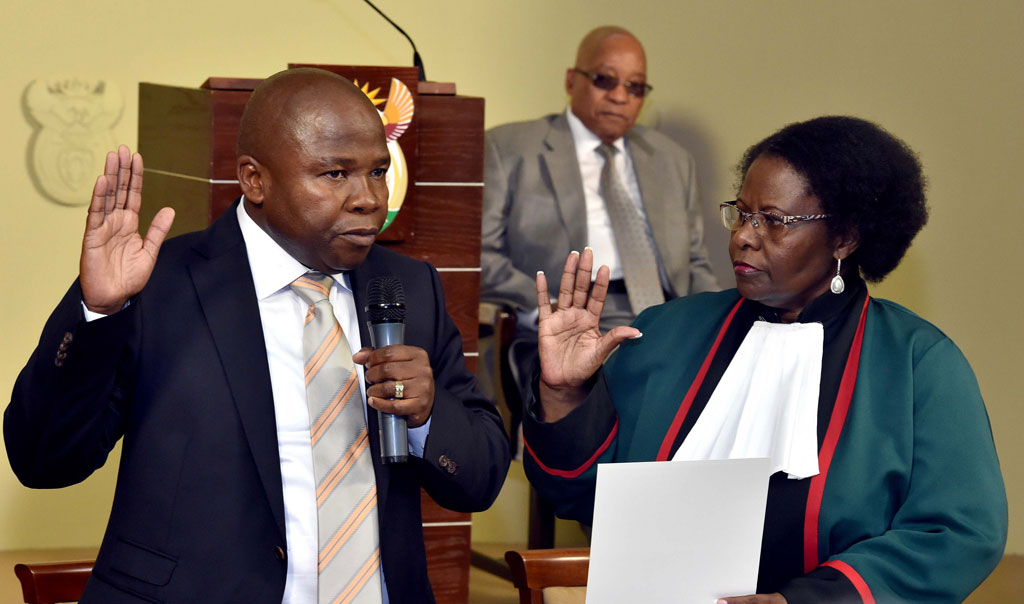 Ed note: The full video of swearing in and Van Rooyen&39;s speech is available in the gallery above.

JOHANNESBURG – The Presidency on Thursday swore in David "Des" van Rooyen as the new Minister of Finance at the Union Buildings in Pretoria.

Van Rooyen admitted in a speech after being sworn in that his assignment was a colossal one.

“As you are all aware, mine is a colossal assignment."

"All economic indicators are pointing to the south. I must undertake in front of you and the nation that I will undergo to ensure that every policy is directed as creating favourable economic conditions leading to the development of South Africa for all South Africans, not for a few.

President Jacob Zuma announced on Wednesday that he had removed Nhlanhla Nene as finance minister.

Minutes after the announcement the rand crashed to a record low against the dollar.

Political parties also slammed the decision, with some calling it "reckless and very irresponsible".

Van Rooyen, 47, was an Umkhonto we Sizwe operative and soldier.

He also served as the mayor of Gauteng&39;s Merafong municipality.