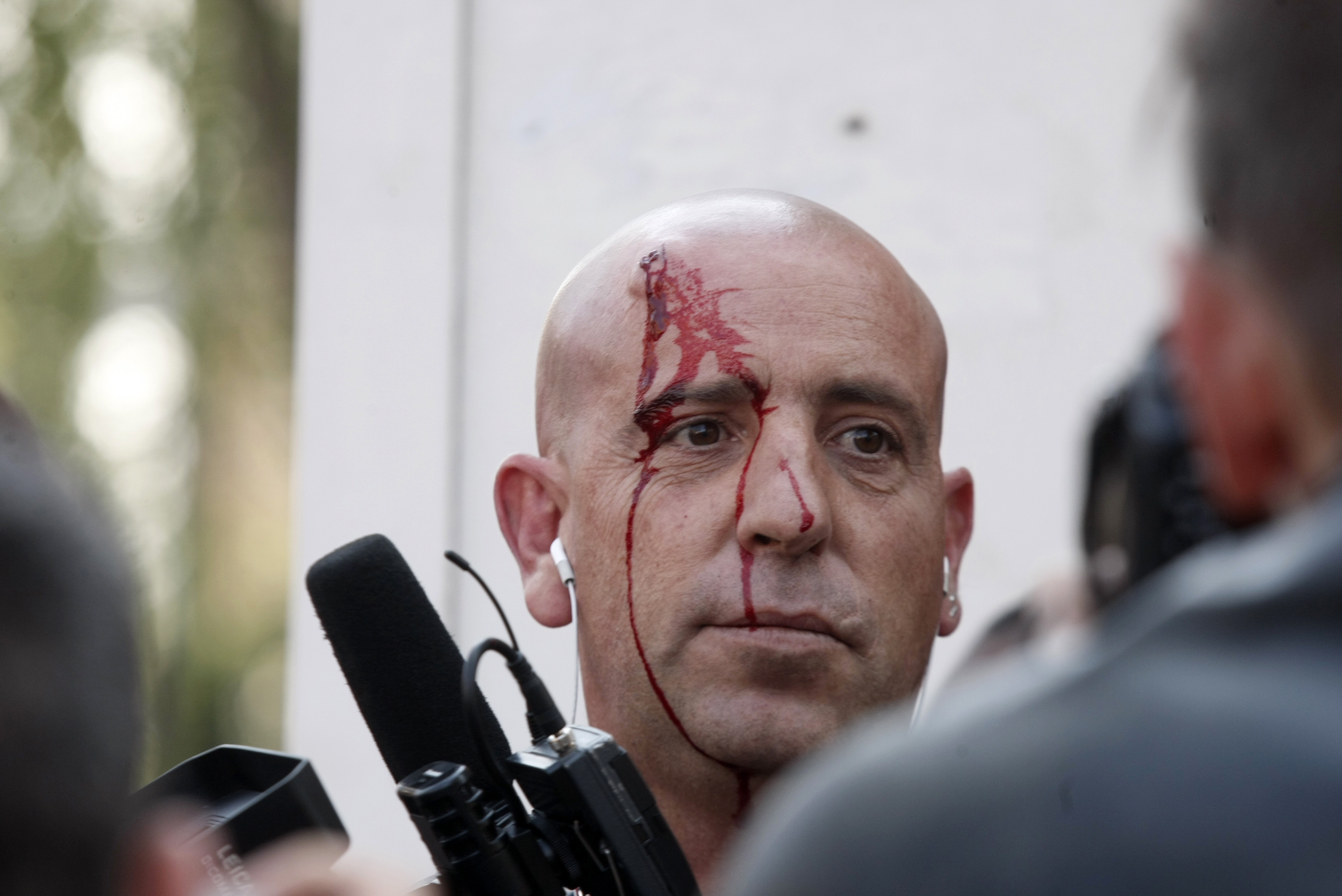 Cameraman Dudley Saunders after being injured by then ANCYL leader Julius Malemas supporters protesting outside Luthuli House on 30 August 2011.

JOHANNESBURG - The country’s media fraternity has expressed shock and sadness at the death of veteran cameraman Dudley Saunders.

Saunders, who had worked as a cameraman for Carte Blanche and for the SABC, was killed while on assignment in Soweto. According to SABC news, Saunders was hit by a train while filming.

In 2011, Saunders was injured during a violent protest by supporters of then ANCYL president Julius Malema outside Luthuli House in Johannesburg.

Broadcasters and journalists have taken to social media to pay their respects to Saunders.

Carte Blanche host Derek Watts tweeted that Saunders was “one of the world&39;s best and most intrepid cameramen.”

Journalist Debora Patta tweeted that working with Saunders “was an adventure, a work of art and a helluva lot of fun”.

Saunders, who was well-known for his fearless work in conflict areas, was reportedly filming for the BBC when the accident occurred.

@carteblanchetv will miss the rugged grin of one of the world&39;s best and most intrepid cameramen. dudleysaunders motivated us all. RIP

Condolences to family, friends and colleagues of legendary SA cameraman Dudley Saunders from all at @eNCAnews

Filming with DudleySaunders was always more than just a story - it was an adventure, a work of art and a helluva lot of fun

DudleySaunders A legendary cameraman, a true professional and a helluva guy. Thinking of you all @carteblanchetv and his wife Bernadette.

Tragic news hearing of they death of cameraman Dudley Saunders, apparently hit by a train while filming for the BBC in Soweto.

Sad to hear news about the death of a legendary cameraman dudleysaunders. Our thoughts and prayers are with his family and friends. RIP.