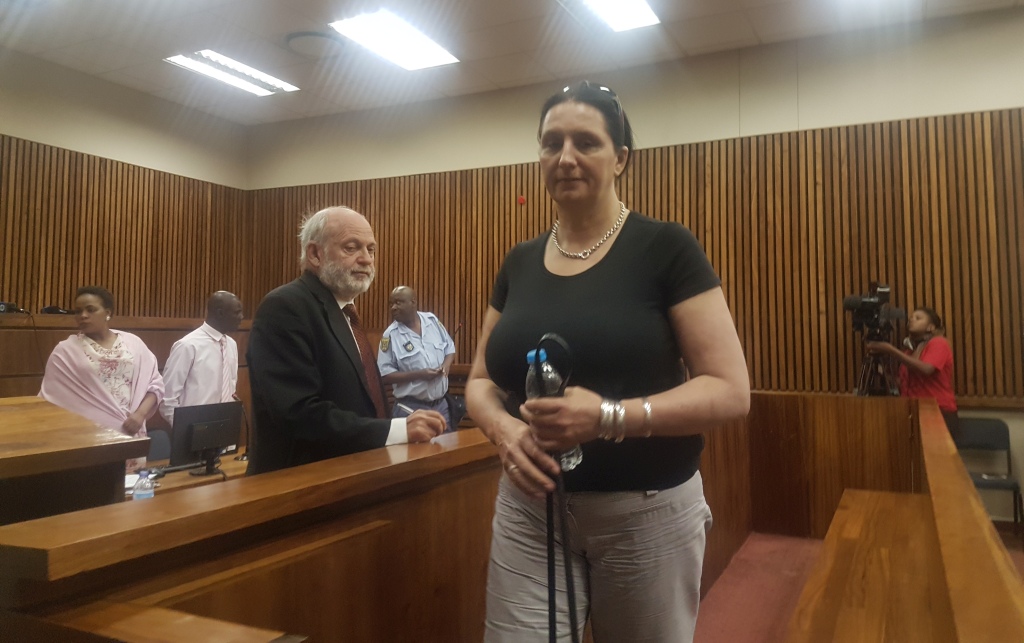 She will remain in jail until her application for leave to appeal will be heard next Wednesday.

Momberg is in tears as the magistrate goes the judgement VickiMomberg

Earlier, Momberg was sentenced to three years in prison with one year suspended.

BreakingNews VickiMomberg sentenced to 3 years, 1 suspended and she can serve 2 years.

Magistrate Pravina Rugoonandan said the court made several considerations in its ruling.

Rugoonandan says Vicki said she didn&39;t like Joburg blacks & she wasn&39;t prepared to deal with them after smash & grab incident VickiMomberg

She said the sentence must serve as a deterrence against others who use K-word.

The former real estate agent was found guilty of four counts of crimen injuria, for hurling racist insults at a black police officer.

Her tirade was caught on camera.

During sentencing proceedings, Momberg&39;s lawyer argued she should receive psychiatric treatment, not punishment.

However, earlier in the month, a social worker testified that she too was racially abused by Momberg.

Momberg told the social worker she does not believe the k-word is insulting.

Masutha says the courts have outdone themselves.

The Nelson Mandela Foundation has taken note of the prison sentence as well.

In a statement, it says "it delivers a clear message to South Africans that the kind of race-based abuse for which Ms Momberg was found guilty will not be tolerated."