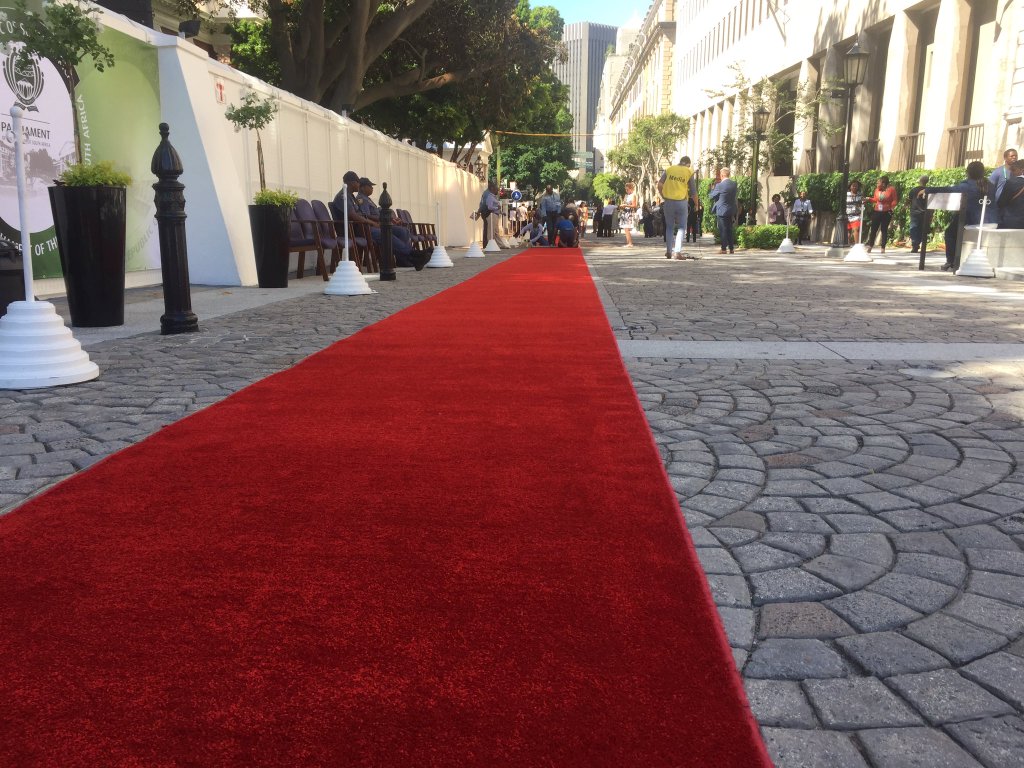 The red carpet gets rolled out at Parliament in Cape Town ahead of the 2016 State of the Nation Address.

CAPE TOWN - Parliament has resolved to postpone the State of the Nation Address (SONA) 2018.

The SONA was due to be delivered by President Jacob Zuma on Thursday.

Most political parties have welcomed the announcement, including the ANC.

The Office of the ANC Chief Whip welcomes the postponement of the Joint Sitting for the State of the Nation Address (SONA) as announced by the Presiding Officers today, informed by the current political environment.

The ANC Caucus will await the outcomes of the National Executive Committee (NEC) scheduled for tomorrow to give guidance to Caucus on the way forward.

The EFF and IFP have welcomed the move.

The DA says it had expected the postponement of the State of the Nation Address after it requested this late last year.

Chief Whips of political parties represented in Parliament were locked in a meeting with Mbete on Tuesday afternoon.

The meeting came in the wake of a series of high-level ANC meetings and with pressure for President Jacob Zuma not to deliver the SONA reaching boiling point.

READ: Zuma concludes Cabinet meeting where his recall &39;was not discussed&39;

Zuma has resisted all calls for him to step down, with even the Nelson Mandela Foundation saying SA has no more time to waste with him at the helm.