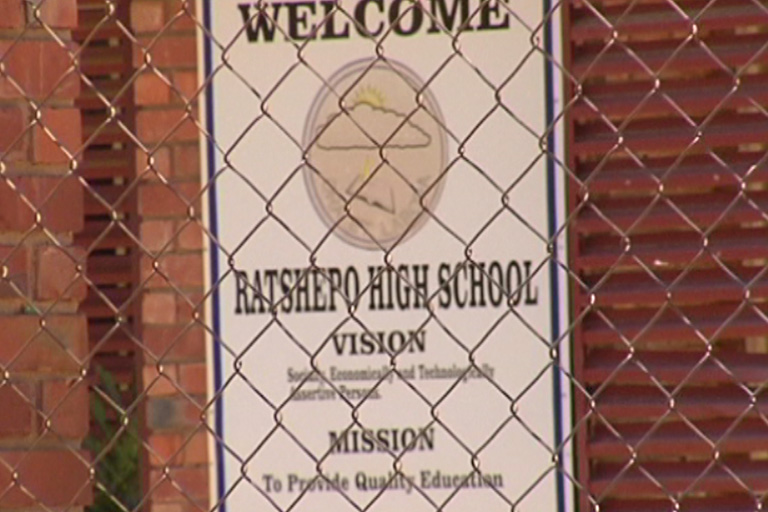 Themba, 11 November 2015 - A security guards cellphone footage could get the principal of Ratshepo High fired. It shows pupils being beaten with a pipe from a fire extinguisher, by the principal himself.

PRETORIA - The Gauteng Education Department says prompt action will be taken against a school principal caught beating up pupils.

After being shown cellphone video footage of the assault with a pipe from a fire extinguisher by Ratshepo High&39;s principal, Education MEC Panyaza Lesufi said there was only one resolution to the problem.

“That principal can kiss his job goodbye. That is the end it’s as simple as that," said Lesufi. he said he would send officials to the school before the end of the week.

Morris Kwebu, a security guard at the school who recorded the footage, accused the principal of being a law unto himself.

He said, "The principal is stubborn. He doesn’t speak to people properly and he roughs up the children. Sometimes he even ill-treats the teachers. I took the video because he always claims that we don’t have any proof of the allegations."

Kwebu said he recorded the incident because of the love for his job and because he does not want future generations to be subjected to similar treatment.

A parent at the school, Tumi Ntlatleng, said her son was suspended from school for a week because of his hair.

She said, " The principal insulted me and told me that I can go report him to the highest person that I know in the Education system.”

The principal was not available for comment when eNCA reporter Zikhona Tshona went to the school.

*View the attached video of the beating handed out to students by Ratshepo High School&39;s principal.