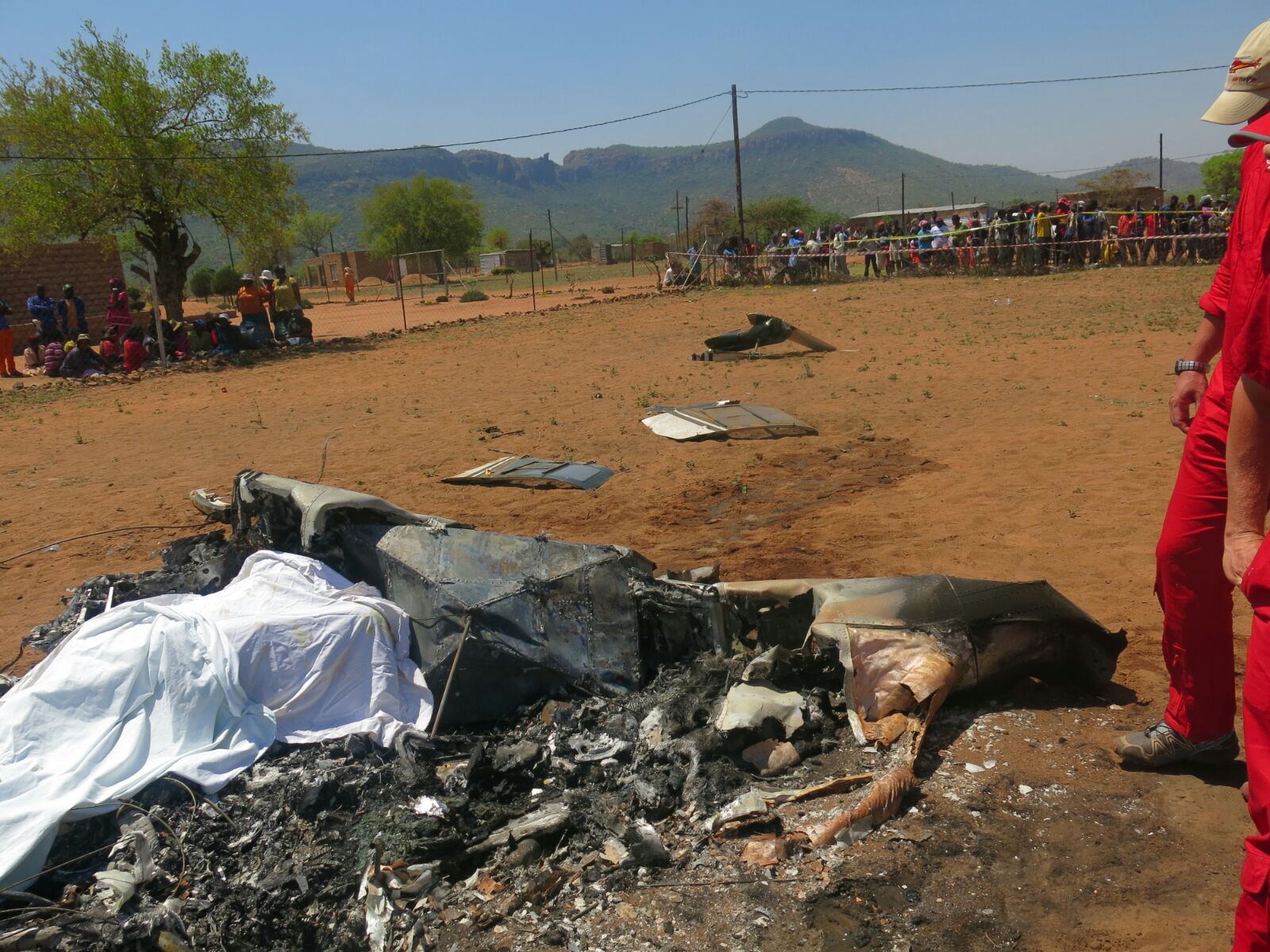 The remains of the helicopter which crashed into a pole, killing two people and injuiring one in the remote village of Senwabarwana, west of Polokwane in Limpopo.

JOHANNESBURG – Police have released the names of the victims of Tuesday&39;s helicopter crash in Limpopo.

Pilot David Boul and passenger Ronald Matsunga died when the aircraft crashed into a pole in the remote village of Senwabarwana, west of Polokwane.

Police spokesman Ronel Otto said a third person, Phineas Sekwela, sustained severe injuries when he jumped or fell from the chopper before it crashed.

“The private helicopter was installing antennas in the Blouberg Mountains and experienced technical difficulties and it crashed into a pole,” said Otto.

The aircraft belongs to Henli Air of the Johannesburg Rand Airport.

* A video of the aftermath of the crash can be seen below.