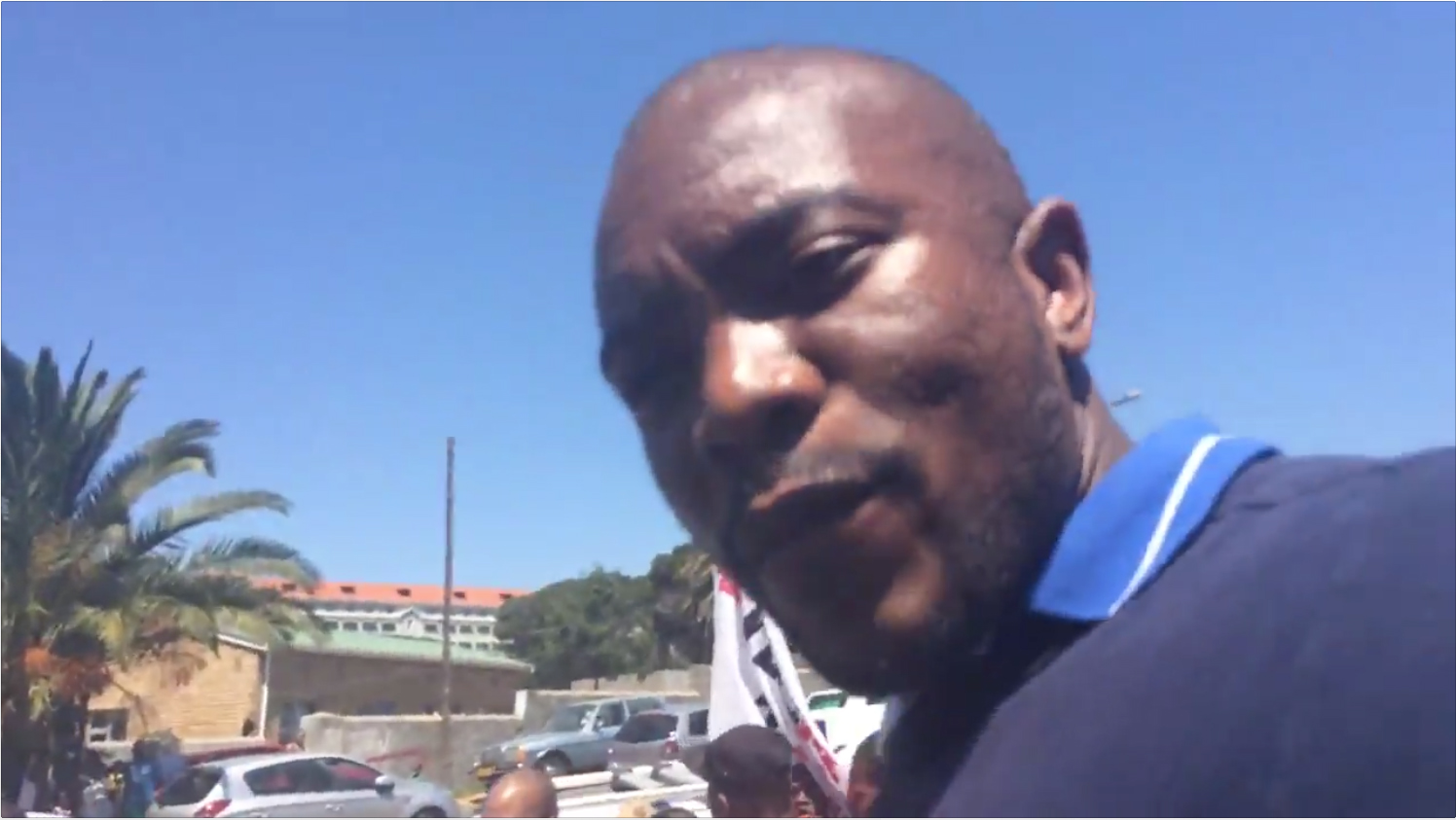 The students accused him of capitalising off their fight for political gain.

In the video, one student can be heard asking, "What does he want here?" in Sesotho.

He was also sworn at as students heckled him off the campus.

Maimane reportedly said the students reacted strongly to him because Sasco, a student organisation affiliated to the ANC, was part of the group.

Students are protesting high fees at the university and effectively shut down the organisation on Monday.

That same evening, the university was granted a court interdict to stop students from protesting on campus and further disrupting university activities.

Students continued with protests on Tuesday and a number of them were arrested.

Maimane tweeted that he will continue to fight for students&39; rights.

We will continue to fight for policies that see the funding priorities of our government aligned with the needs of our young.

He also accused Minister of Higher Education Blade Nzimande of not doing enough for students.

It is high time Minister Nzimande steps up to provide the leadership this crisis needs instead of denying that a crisis even exists.

Watch video footage in the windows above.