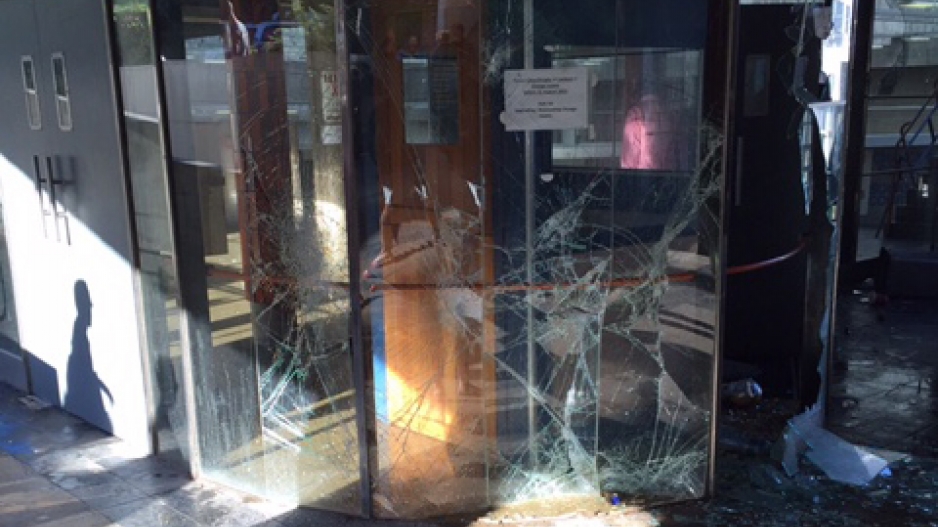 According to a first year UCT student who took the images and video of the incident, the disruption took place just after 5pm on Monday afternoon.

CAPE TOWN - A small group of protesters smashed windows, threw buckets of urine and attempted to disrupt exams at the sport centre on the University of Cape Town campus.

According to a first year UCT student who took the images and video of the incident, the disruption took place just after 5pm on Monday afternoon.

"I saw about 20 guys take their t-shirts off and wrap them around their heads."

"They had a bucket of urine and rocks."

"They smashed the windows of the centre with a baton and threw rocks."

The University of Cape Town confirmed on Monday in a statement that a small group of about seven protesters attempted to disrupt an exam this evening at the Sport Centre on Upper Campus.

The group broke windows and gained access to the lobby of the exam venue.

According to the statement, UCT Campus Protection Services were able to stop the protesters from actioning their plan.

Two of the protesters were arrested.

Most of the university examinations are written in the sports centre.

The disruption comes on the heels of recent disruptions on the campus as students protest against the outsourcing of labour following a realted national strike against the increasing expense of tuition fees.