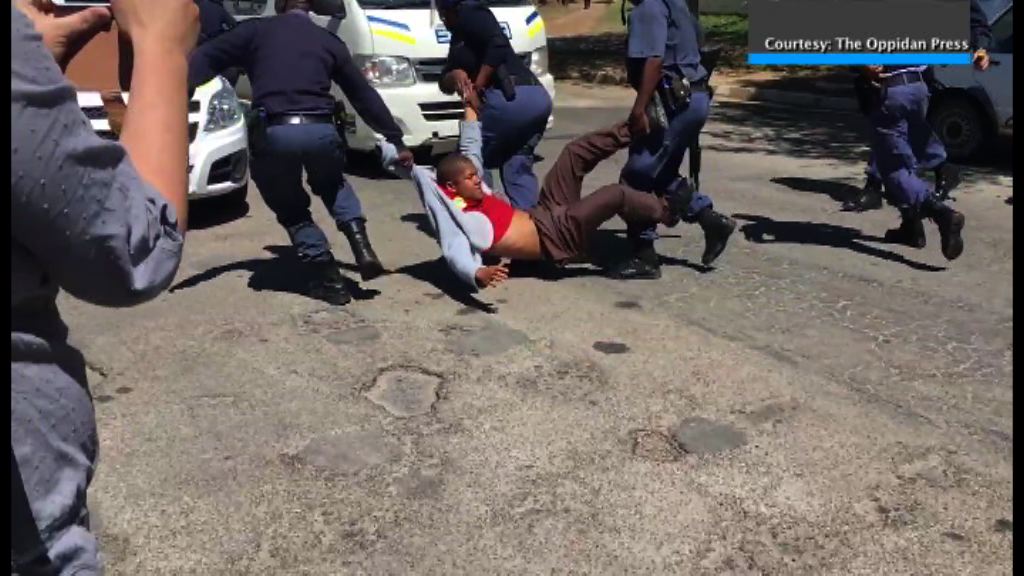 JOHANNESBURG, 28 September 2016 - Violent clashes have erupted between students and police at Rhodes University, in Grahamstown.

JOHANNESBURG - Rhodes University students in Grahamstown were shot at with rubber bullets on Wednesday over continuing protests around tuition fees.

In the latest events from the university, witnesses say the protest turned ugly with police all over the campus.

A video posted to Twitter by student publication Oppidan Press shows clearly police shooting at students and dragging another away to be arrested.

At least 10 students were arrested as a protest over fees descended in chaos and violence.

“The university has been on a shutdown since last week. Management and students were having discussions which were going well up until yesterday [Tuesday] when they basically just said no to all of the demands,” she said.

Kidson said that lectures were meant to resume on Wednesday but some students disrupted classes in the law faculty. She said students blocked an intersection and pandemonium erupted when one threw a rock at a police vehicle.

“Police started shooting and students started running back on to campus, but even once students had ran away police continued to shoot over the hedge,” she claimed.

“A student tried to jump over a wall but he was pulled back and dragged by police, I saw students shot in the head and the arm, people were bleeding,” said Kidson.

“Five of the students were arrested on charges relating to violating a court interdict, the other five students are being charged with malicious damage to property,” he said.